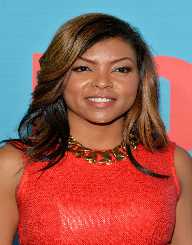 American actress Taraji Henson was born on the 11 September 1970 in Washington, D.C.

After graduation, Taraji Henson appeared in some television shows before making a name for herself in Baby Boy.

Taraji Henson won the Austin Film Critics Award for Best Supporting Actress for her performance in The Curious Case of Benjamin Button (2008). And in 2016 she won a Golden Globe: Best Performance by an Actress in a Television Series for Empire (2015). She has won the BET Best Actress award for three consecutive years from 2015 through to 2017. She also won the BET Best Actress award in 2006, 2009 and 2011. She has won numerous other nominations and awards.

Her autobiography Around the Way Girl - A Memoir was published in 2016.