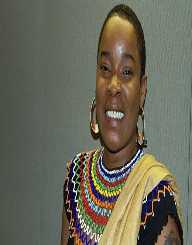 Alpharita Constantia Rita Anderson was born 25th July 1946, to Leroy Anderson and Cynthia Jarrett. She was born in Santiago, de Cuba, but grew up in Kingston, Jamaica.

The Soulettes consisted of Rita Marley, her cousin Constantine Walker, and Marlene Gifford. They released several recordings around that time, with an album in 1966.

In 1968, Livingston was sent to prison for possession of marijuana. This enabled Rita the opportunity to join The Wailers, at least for several months. Around the same time, The Wailers met Johnny Nash, an American singer who would go on to produce several rocksteady recordings with The Wailers.

Nash’s manager, Danny Sims, signed Tosh, along with Bob and Rita Marley to exclusive publishing, management, and production contracts. This was done with the exchange of money, along with an opportunity to record in Kingston for the JAD label, which was owned by Nash, Arthur Jenkins, and Sims.

In 1969, after the birth of their first child in 1968, Bob went to work the night shift in a Chrysler factory in Delaware. Livingston had returned to The Wailers by this time, so Rita didn’t sing again with Bob until 1974.

In 1974, Bob formed a harmony vocal group called the I Three. The group consisted of Marley, Marcia Griffiths, and Judy Mowatt. Tosh and Livingston had departed from The Wailers in 1973.

Bob Marley and The Wailers, along with the I Three, recorded many songs and albums, and finally achieved international stardom with the release of No Woman No Cry in 1975. This was followed in 1976 by the release of an album, Rastaman Vibration, which became a worldwide hit.

In early December 1976, two days before a benefit concert that had been organized by Bob in conjunction with Michael Manley, the Jamaican Prime Minister, Rita, Bob, and Don Taylor, their manager, were attacked by a gunman in their home. All three were wounded by gunshots but survived.

In 1976, Bob Marley, the Wailers, and the I Three, all moved to London. At this time, Bob was living with a Jamaican model named Cindy Breakspeare, but Rita stayed and continued to perform with the band.

After Bob’s death in 1981, Rita made several recordings under her own name. She had moderate success in the UK.

In 2004, she released her autobiography in conjunction with Hettie Jones, called No Woman, No Cry: My Life with Bob Marley.

1996:   Order of Distinction awarded by the Jamaican government

Rita Marley is the founder and Chairperson of the Robert Marley Foundation, Bob Marley Trust, and the Bob Marley Group of Companies. In 1986, she opened Bob’s home as the Bob Marley Museum.

Rita Marley has adopted 35 children in Ethiopia, and she has helped more than 200 children in Ghana. Marley established the Rita Marley Foundation in 2000. It is a non-government, non-profit, non-partisan organization. The Foundation’s goal is to help alleviate poverty and hunger in developing countries, specifically looking after the elderly and the youth.