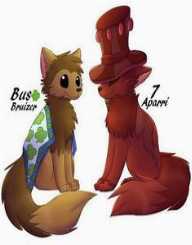 Aparri is the perfect definition of ‘young and famous.’ At seventeen years old, he is definitely among the most famous teenagers globally. He stands at number 936 in worldwide popularity rankings. His fame is derived from YouTube, where he hosts a channel about the favorite video game Animal Jam.

Most of his YouTube videos easily sail through the one million views threshold, and currently, he's uploaded more than 450 on his channel. Above his more than three hundred thousand subscribers on YouTube, Aparri has a strong 90,000 followers on Instagram, and more than 9,000 twitter followers. The fan base is bound to grow more significant still, as Aparri’s videos are always entertaining and fun to watch.

Few people know this, but Aparri’s other name is James. Aparri also goes by the name Jay sometimes, which is a shortened version of his actual name James. Born in the United States, he hails from Massachusetts where he lives with his family. His birthday falls on the 11th of March. Aparri has a single sibling, Sarah. The two are very close and often spend time together and have shared friends. Sarah is also an active and celebrated player of Animal Jam (her jammer identity is Beeper). Aparri does not reveal information about his parents on his channel, thus very little is known about them. Red is his favorite color, and creating memes is one of his hobbies.
Jay goes to a regular high school. He is forced to balance between time spent in managing his channel and handling school work. He, however, does an admirable job at this, considering he still has not chosen to stop school and focus on his entertainment career. Just as the saying goes “birds of a feather flock together”? Aparri’s closest friends, Wisteria and Julian, are also Animal Jammers. Wisteria's jammer name is Wisteria moon while Julian's is Julian2. They therefore naturally find themselves having an excellent time together.

Aparri began playing Animal Jam in 2012 when the game was still fresh in the market. He eventually came to fall in love with the game for its educative and interactive style. In 2014, he set up his first YouTube channel, 7AJ. On this channel, he would upload videos of his Animal Jam gameplay, and his fan base slowly began to develop. This popularity was as a result of his original and unique jamming style, which drew a vast multitude of subscribers. By this time he had become very good at the game, and his ranks were quite impressive for a then 14-year-old.

It was in 2015 when Jay took down the 7AJ YouTube channel and created Aparri. This move proved to be a very crucial boost to his popularity. He gained about 50,000 new subscribers in the first month of launching the channel, and this number has been growing ever since. The first video on the new channel was titled ‘Welcome to my channel.’ The debut video got more than 10000 views. Since then he has not slacked down. He averages two uploads per week, but sometimes he misses this mark, probably tied up by school work.

Aparri is considered one of the most exceptional animal jammers of all time. Members of the Animal Jam community praise him not only for his expertise and creativity but also for the thoughtful touch he adds to his gameplay. Jay occasionally makes rib cracking animal vines in his Animal Jam. Before July 2016, Aparri’s fans only knew him by his voice. He revealed his face in a video titled ‘PO Box Opening,’ where he opened the mail and presented posted to him by his fans. With most of his fans being female, they were quite delighted to see the boy behind the voice. His face was cute with delicate features and an innocent smile. His physique was tall and lean, almost skinny. They were not disappointed.

Aparri has a philosophy in the way he plays Animal Jam. He says that for him it's about becoming a better player himself, not competing with other players. He even offers tips to other players on how to play better. This technique has earned him a lot of respect in the AJ community. There are however a few players who feel salty for Jay and keep trying to take him down, but none thus far has been able to achieve that.

Though he does not like discussing his financial status, it is clear as day that he isn't too badly off. Setting aside all the presents from fans, he has featured in some ads, either physically or just his voice. He also cashes in some money from YouTube for the vast number of subscribers on his channel.

Aparri is currently single. There has not been any confirmed news of him being in a relationship with anybody. There had been a rumor that Jay and his best friend Wisteria were in a relationship. But those were discredited by information that Wisteria was dating Julian, who is a mutual friend of theirs. In fact, the three of them are such good friends, they often jam together in Animal Jam, along with Jay’s sister Sarah. It seems that all the juggling between uploading videos and school work and responding to fans keeps Aparri too busy to maintain a working relationship currently.

Aparri loves his food. He says he “loves munching.” Purple Doritos is his favorite snack on any given day. There have not been any reported severe issues regarding Aparri’s health. The young man seems to be blessed with a very bright future ahead of him, and all of his fans hope it will be so.

A little about the game: Animal Jam

Aparri owes it all to Animal Jam for his fame. The game is a product of national geographic. It is set in a land called Jamaa, where animals are vanishing, and environmental degradation is at its peak. The player buys an animal avatar with whom they navigate this territory. There are a lot of interesting facts about nature and wildlife that the player learns while exploring Jamaa. The game is educative. You can team up with other players as buddies, like Aparri and his sister and friends do. You could also decide to attack other players.

The rules for the game are documented, and it's easy to report a player that does not follow the rules. The game has state of the art photos and videos of nature. The player can earn gems or currency that helps them shop for things in the game, e.g., Supplies for the avatar's house, tools for the avatar and survival kits, etc. Although the manufacturer claims to have restrictions on language and content, there have been reports of bullying and foul language in the chats section if the game.