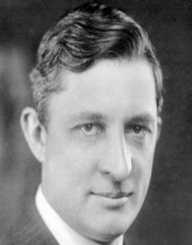 Willis Haviland Carrier was an American engineer and inventor of modern air conditioning. Born on November 26, 1876, he invented his first air conditioning unit in 1902. Carrier established the company Carrier Corporation in 1915, which specializes in the manufacturing and distribution of air conditioning (HVAC), ventilation, and heating systems.

Willis Haviland Carrier was born on November 26, 1876, in Angola, New York to Elizabeth R. Haviland and Duane Williams Carrier. He received education from Cornell University, where he graduated with a BSE degree in 1901.

After graduating from school, Willis Carrier worked as an engineer at Buffalo Forge Company in 1902. While there, he designed the world’s first air conditioning system, for Sackett-Wilhelms Lithographing & Publishing Company of Brooklyn, which was experiencing an air quality problem in their facility.

This gave birth to the first air-conditioning system, which controlled temperature and humidity. He was granted a US patent for Apparatus for Treating Air (US Patent 808,897) on January 2, 1906. This was after he had improved on his original work.

Willis Carrier also obtained a U.S. Patent 1,085,971 of this discovery on February 3, 1914, after applying for it in 1907. Carrier presented the Rational Psychrometric Formulae at the American Society of Mechanical Engineers on December 3, 1911. The formulae later are known as "Magna Carta of Psychrometrics" brought about a revolution in the air conditioning system as it incorporated concepts of absolute humidity, relative humidity, and dew point temperature.

In 1914, during World War I, the Buffalo Forge Company decided to go solely into manufacturing. This led to Carrier and six other workers coming together to form the Carrier Engineering Corporation in New York on June 26, 1915. The six other workers including Edmund P. Heckel, L. Logan Lewis, Ernest T. Lyle, J. Irvine Lyle started with an investment of $32,600. The company later moved to Frelinghuysen Avenue in Newark, New Jersey.

Carrier Engineering Corporation went into financial difficulties during the Great Depression; therefore, it merged with Brunswick-Kroeschell Company and York Heating & Ventilating Corporation to become Carrier Corporation in 1930. Carrier became the Board Chairman of the nearly merged company.

Willis Carrier married three times first to Claire Seymour who died in 1912. He then married Jennie Martin from 1914 to 1939. His last marriage was to Elizabeth Marsh Wise.

Willis Carrier received several awards and honors for his invention including an engineering degree from Lehigh University in 1935 and an honorary Doctor of Letters from Alfred (NY) University in 1942. He received the Frank P. Brown Medal in 1942. Carrier was posthumously inducted into the National Inventors Hall of Fame (1985) and the Buffalo Science Museum Hall of Fame (2008).