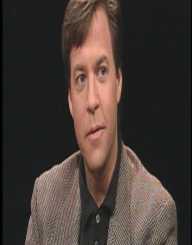 Bob Costas was born in Queens, New York on the 22 March 1952 to Jayne and John Costas. He is of Irish-Greek ancestry. Bob Costas has a younger sister Valerie.

Bob Costas graduated from Commack High School South, and in 1970 he started studied communications at Syracuse University in New York. At Syracuse, Costas was involved in the campus radio station and began calling football and basketball games for the school.

He also studied at the S.I. Newhouse School of Public Communications.

When Bob Costas was still studying, a local radio station asked him to call minor league hockey games for the Syracuse Blazers. His first job in sports broadcasting was at WSYR TV and Radio, Syracuse. He graduated in 1974 and moved to St Louis, Missouri where he worked at KMOX Radio calling American Basketball Association games. Costas also co-hosted Open-Line, a talk-back show. He worked there until the Association merged with the National Basketball Association (1974-1976). He was beginning to get noticed as a gifted sports broadcaster, and the University of Missouri basketball team hired him to call games. Soon Costas was covering regional plays for the NBA and NFL.

Bob Costas joined the NBC in 1980 and 1982 he was co-hosting with experienced baseball analyst Tony Kubek for the Game of the Week telecasts on NBC. By 1984 he began hosting the NBC’s National Football League as well as the NBA coverage of national basketball and major league baseball. Costas also started hosting a monthly interview programme entitled Costas Tonight. From 1986-1996 he hosted Costas Coast-to-Coast, a syndicated sports talk program that ran weekly. His interview show Later with Bob Costas was top-rated. The show commenced in 1988 and the same year he was appointed as host of the network’s late-night coverage of the Seoul Olympics. He started hosting the Olympics in 1992 during the Summer Olympics in Barcelona Spain.

Over the course of four decades, Bob Costas became one of the most popular, multi-awarding winning sportscasters in the United States for his coverage of basketball, baseball, football and the Olympics.

As an award-winning sports commentator, Bob Costas has won awards and honors including Emmy Awards.His alma mater, Syracuse University, presented him with the George Arents Award in 2001. In 2013 S.I. Newhouse School of Public Communication honored him with the Marty Glickman Award for Leadership in Sports Media. Arizona State University honored him. In 2012, Costas was inducted into the NSSA Hall of Fame. He had been named the NSSA Sportscaster of the Year at least eight times. In the Walter Cronkite

Bob Costas married Carole Krummenacher in 1983, and they had two children together. A son Keith and a daughter Taylor. Costas and Krummenacher divorced in 2001, and he married Jill Sutton in 2004. The couple live in New York City and have another home in St Louis.

In February 2017 Bob Costas announced that he would be standing down as the host of NBC's primetime Olympics coverage to sportscaster Mike Tirico. Costas had covered the Olympics for twenty-five years.