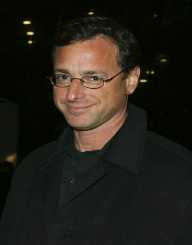 Bob Saget was born on May 17, 1956, in Philadelphia, Pennsylvania, USA. His parents are Benjamin and Rosalyn Saget. He also has two siblings, Andrea and Gay Saget.

Bob Saget attended the Abington Senior High School. While he was there, he had dreams of being a doctor. However, one of his teachers noticed his creative talent and encouraged him to work in the arts instead. After graduating from high school, Bob Saget took his teacher’s advice and studied film at Temple University.

There, he made short films and learned how to act. One of his short films, Through Adam’s Eyes, won the Student Academy Award. After graduating from college, Bob went on to continue his film studies at the University of California. He did not graduate from the university and instead dropped out shortly after becoming a student there.

After leaving the University of California, Bob Saget moved to Los Angeles to try his hand at stand-up comedy. He did well in several comedy clubs, and he gained connections with other comedians, including Dave Coulier, who he would later work with on Full House.

After Full House ended, in the late 1990s, Bob Saget returned to stand-up comedy. He even had his comedy show in 2007, called Bob Saget: That Ain’t Right. The raunchy jokes he told were nothing like the jokes that were on Full House, which he was famous for at this point. Old fans were not often fond of his work, but he did attract some new fans.

Bob Saget is best known for his famous role as Danny Tanner in the family series, Full House. The show aired from 1987 to 1995. His character was a widowed father who took care of three adorable daughters with his (deceased) wife’s brother (Uncle Jesse, played by John Stamos) and his best friend (Joey, played by Dave Coulier). The show was a smash hit right from the beginning. This is undoubtedly his most famous role to this day. He came back to play the same character in a sequel series, Fuller House, in 2016.

Bob Saget was the first host of the comedy clip show, America’s Funniest Home Videos, in 1990. He was only on the show on and off until 2011. He also hosted other television shows in his career, including one vs. 100.

Bob Saget played another widower in Raising Dad. However, this show was not nearly as successful as Full House and only lasted for one season. He worked on another sitcom in 2009, Surviving Suburbia. Again, he played a father. This show lasted for two seasons.

Bob Saget also had several narration roles throughout his career. He voiced the part of Old Ted Mosby in How I Met Your Mother. He also narrated a parody documentary he made called Farce of the Penguins.

Bob Saget has also played himself in shows like Entourage, Free Radio, and The Naked Truth.

Along with being an actor, Bob Saget also spends his time working as a director. He first started formally directing in 1981, with Moving. Some of the movies he has directed are Jitters, Becoming Dick, and Dirty Work.

Bob Saget has won only one award in his career, and that was for his college short film, Through Adam’s Eyes, in 1977. He has also been nominated for the TV Land Award for the Quintessential Non-Traditional Family in 2004 for his past series, Full House. He was also nominated for a Grammy in 2014 for his comedy album, That’s What I’m Talking About.

Bob Saget married Sherri Kramer in 1982. The couple had three children together: Jennifer, Lara, and Aubrey. However, the couple divorced in 1997.