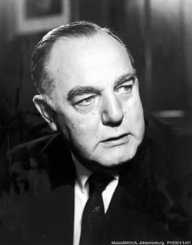 Balthazar Johannes Vorster was born 13th December 1915, in Western Cape, Union of South Africa. He was born in a town called Jamestown. His parents were successful sheep farmers, and he was part of a large family, with 14 siblings.

After attending primary school in his local area of Jamestown, the family then moved to Sterkstroom, where Vorster graduated from high school. Vorster attended university at Stellenbosch University, where he studied law. The university had a reputation for Afrikaner nationalism and the development of Afrikaner culture. Vorster finished his studies in 1938.

B.J. Vorster busied himself in student politics. He became the chairman of the Debating Society, deputy chairman of the Student Council, and chairperson of the Junior National Party.

When he graduated in 1938, B.J. Vorster was appointed as registrar to the judge president of the Cape Provincial Division of the South African Supreme Court. It wasn’t long though before he had set up his law practice in Port Elizabeth.

In 1939, Vorster dedicated himself to the Ossewabrandwag. It was an anti-British, pro-Nazi organization. It committed many acts of sabotage against its government of South Africa during World War II to minimize the impact the South African government would have on the War.

He stated that he was not pro-Nazi, only anti-British and that he had not taken part in any of the acts of sabotage. Despite his statement, it wasn’t long before Vorster was a general in the paramilitary wing of the Ossewabrandwag. Due to his involvement, Vorster was detained in 1942, and not released until 1944.

Once elected, B.J. Vorster continued on with the implementation of the Apartheid legislation that Verwoerd had been working on. In 1968, Vorster got rid of the four remaining parliamentary seats that were for white representatives of mixed race voters.

Vorster wasn’t as dictatorial as his predecessors with foreign policy. He improved his country’s relationship with other African countries. One way he did this, was to allow Black African diplomats to reside in areas of South Africa designated for whites.

When it came to Rhodesia, B.J. Vorster wouldn’t recognize them officially, but supported them unofficially. To support them in an official capacity would have alienated the United States, which he didn’t want to do.

In 1975, Portuguese rule of Angola and Mozambique meant that South Africa and Rhodesia were the only two countries where a white minority ruled. Vorster soon realized that a white minority could not rule black majority in the long term. The ratio of blacks to whites in South Africa was 22:1.

In March, 1978, the Rhodesian Prime Minister, Ian Smith, along with black, nationalist leaders, signed the “Internal Settlement”. In June 1979, Rhodesia had multiracial elections, and under a black majority, the country became Zimbabwe Rhodesia.

In 1978, B.J. Vorster retired from the role of Prime Minister. He had been in the position for 12 years. His successor, P.W. Botha, began implementing reforms to roll back the Apartheid system.

Vorster was elected to the position of State President, but soon became embroiled in a scandal to do with misappropriation of government money, and abuse of governmental power, and he had to eventually step down.

B.J. Vorster was Chancellor of Stellenbosch University for 15 years.

He was awarded doctorates from four Afrikaans universities, and was made an honorary citizen in 13 different towns and cities.

B.J. Vorster married Martine Steyn, who was the daughter of PA Malan, co-founder of the National Party. They had three children – Elsa, Willem and Pieter.