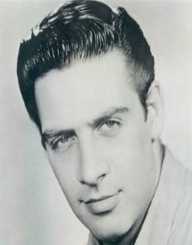 Jerry Orbach was an American actor on stage, television, and the big screen. He played Detective Lennie Briscoe on the legal drama Law & Order.

Jerry Bernard Orbach was born on October 20, 1935, in The Bronx, New York. His father Leon was a restaurant manager and his mother Emily was a greeting card manufacturer.

It did not surprise his parents that Jerry Orbach wanted to act as they tried performing in their ways. The family moved often. They settled in Waukegan, Illinois when he was in the 7th grade.

Jerry Orbach graduated from Waukegan High School in 1952 where he played football. It was one of his speech teachers at the school who helped him learn the basics of acting.

He attended the University of Illinois, then transferred to Northwestern University. He dropped out of college in 1955 after three years of schooling to pursue his acting career in New York City. While in New York, he studied with notable instructors such as Herbert Berghof, Mira Rostova, and Lee Strasberg.

Jerry Orbach got his first big break in the theater. He was an understudy in “The Threepenny Opera,” making his way up to the lead character during his three years there. In 1959, he accepted the part of El Gallo in the off-Broadway production of “The Fantasticks.” Not only did it become the longest running off-Broadway show in history, but Orbach earned rave reviews for his role as the interactive narrator.

Other roles came Orbach's way. He was nominated for a Tony Award in 1965 for the role or Sky Masterson in “Guys and Dolls,” but he won the Best Actor Tony in 1969 for Neil Simon's “Promises, Promises.” Orbach earned another Tony nomination for his role in “Chicago” in 1976. His last Broadway role was in 1981 in “42nd Street” in the role of Julian Marsh.

Despite his success in Broadway, he started looking for roles that are more than just musicals. He found recurring roles in television series such as The Golden Girls and Murder, She Wrote.

His character Harry McGraw in Murder, She Wrote led to a spin-off called The Law and Harry McGraw from 1987 to 1988. His guest actor appearance on The Golden Girls earned him a Primetime Emmy nomination in 1990.

Jerry Orbach also found numerous roles in movies like Brewster's Millions, but he is recognized even more for his role as Dr. Houseman, the father of Baby Houseman in Dirty Dancing. His musical voice brought life to the character of Lumiere in the Disney animated film Beauty and the Beast.

Orbach's longest role by far was that of Detective Lennie Briscoe. He was in 274 episodes of Law & Order from 1991-2004. He was also in crossover series such as Homicide:  Life on the Street, Law & Order: Special Victims Unit,  Law & Order:  Criminal Intent, and Law & Order:  Trial by Jury

WhetherJerry Orbach was remembered for his Broadway performances, his stern cop-like persona, or as the voice of a beloved animated character, Orbach left his mark in a number of areas of performance.

Jerry Orbach married Marta Curro in 1958. The couple had two sons, Anthony and Christopher. They divorced in 1975. In 1979, Orbach married Elaine Cancilla. They were married until his death.

He died on December 28, 2004, at the age of 69. The cause of death was complications from prostate cancer.

Jerry Orbach suffered from prostate cancer, which ultimately led to his death. When he was diagnosed, Dick Wolf from the Law & Order franchaise moved him to the Trial By Jury spinoff so that he could still perform but not as much as before.

Jerry Orbach became the face of the New York cop. He worked hard to portray that role. He also supported the police officers when they demonstrated for higher pay in 2001.

Jerry Orbach was nominated for a number of awards along with his cast mates. This includes the 1993 Grammy nomination for Album of the Year for Beauty and the Beast. From 1995 to 2004, he and the cast of Law & Order were nominated nine times for the SAG award for Outstanding Performance by an Ensemble in a Drama Series.

Murder, She Wrote, The Law and Harry McGraw, Law & Order