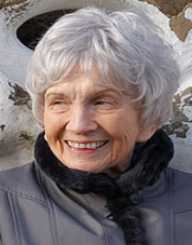 Canadian short story writer Alice Munro was born Alice Laidlaw in Wingham, Ontario on the 10 July 1931 into a farming family. Her mother Anne Chamney was a schoolteacher and her father Robert, a farmer who dealt in mink and fox furs.

In 1949 Alice Munro enrolled at the University of Western Ontario in the early 1950s but left without graduating. She later returned as a writer-in-residence.

After marrying James Munro in 1951, the couple relocated to British Columbia. Initially living in Vancouver, they moved to Victoria, Vancouver Island in 1963 and established a bookshop, Alice Munro’s Books. Munro’s first short story collection, Dance of the Happy Shades (1968) was met with wide acclaim, and she was awarded the Governor General’s Award for Literature. Her second collection Lives of Girls and Women (1971) was equally successful and established her as a writer. Other work includes Who Do You Think You Are? (1978) - which also won the Canadian Governor General’s Award.

Some of Munro’s stories have been adapted for television.

She has won numerous awards and honors, and in 2013 she was awarded the Nobel Prize in Literature being cited as a master of the contemporary short story. She also won the Man Booker International Prize in 2009.

Her marriage to James Munro (1951-1972) produced three daughters, one of whom died as an infant. She later married Gerald Fremlin in 1976, and they remained married until his death in 2013.

In 2005 a biography, Alice Munro: Writing Her Lives by Robert Thacker, was published.