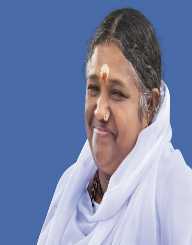 Hindu spiritual leader and guru Mata Amritanandamayi Devi was born on the 27 September 1953. Today she is known as Amma, meaning Mother. Her followers believe her to be a saint. She was born to Sugunananthan and Damayanti and has six siblings. Her family was not wealthy, but she managed to find food to give to poorer people. When still a girl, she spent hours meditating and praying to Lord Krishna.

When Amritanandamayi Devi was young, her mother fell ill, and she had to leave school to help raise the family.

Amritanandamayi Devi was not interested in marriage and in 1981 founded the Mata Amritanandamayi Math (MAM), a foundation focusing on spiritual and charitable activities. By 1987 she was operating internationally.

In 2014 all the major religions came together to sign a commitment against modern-day slavery organized by the Global Freedom Network, calling for an end to slavery and human trafficking by 2020.

Amritanandamayi Devi delivered an address at the United Nations Academic Impact conference in July 2015 that was co-hosted by Amrita University. Her speech focused on the upliftment of the poor and a halt to suffering when undertaking technological research.

Mata Amritanandamayi Devi gives Darshana by hugging people. She has embraced millions of people around the world for over thirty years.

She follows the same spiritual path presented in the Vedas and followed by subsequent traditional scriptures including the Bhagavad Gita. She has said that she accepts spiritual practices and prayers of all religions as different methods moving towards the same goal which is the purification of the mind. She has also spoken of the importance of karma yoga, selflessness and cultivating compassion, patience, self-control, and forgiveness. All of which she believes leads to the understanding of self and eternal consciousness known as jivanmukti.

Amritanandamayi Devi has a network of charitable organizations which provide education, food, housing, and medical services to the poor around the world. Her global network carries out services in over forty countries.