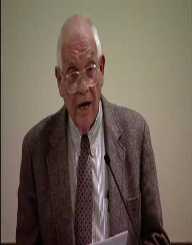 Bernard Lonergan was a well-known thinker in the 20th century.Evidently, he was a philosopher and a theologist. He was born on December 17, 1904, in Canada, Buckingham. He was a priest, linguist, and mathematician. Admirably, in 1952, he published his first best-known book: ‘A study of human understanding.’ Indeed, he was the best philosopher and owned 19 honorary doctorates.

Bernard Lonergan was a son of a caring father; his dad was an engineer, whereas his mum was absorbed in music and arts. He was a gifted and bright student. Lonergan had remarkable grades from an early age. He finished his high school at the age of seventeen. People around him predicted that Bernard would be a potential and dedicated teacher and a philosopher. Not only did he study mathematics, languages, philosophy at Heythrop College and the University of London, England, but also theology at Gregorian University, Rome. He was a man of strong faith. Bernard studied in different schools and was honored with several honorary doctorates.

Bernard Lonergan started his career in teaching theology at college de I’lmmaculee conception, Montreat. Also, he also studied in Jesuit seminary, Toronto back in 1947 to 1953. Bernard later taught at Gregorian University. In the year 1957, he published his first great-known book: ‘A Study of Human Understanding.’ Furthermore, he became a professor at Harvard University and a visiting professor of theology at Boston College.

Bernard Lonergan published his two significant works ‘A study of Human Understanding’ and ‘Method of Theology.’ In his second book, he outlines the steps to use in theology. He is also known as one of the greatest philosophers and is recognized by many other great thinkers. Admirably, he expanded not only theology and philosophy but also the field of economy. In fact, Bernard went deep to explain and expounded on how these disciplines function. He named his work of functional research specialties.

Apart from ‘A Study of Human Understanding’ and ‘Method of Theology,’ Bernard Lonergan also had other works. His success can be contributed to the General Editorship of Robert M and Milliner Charitable Foundation. They have made Bernard’s series possible, and he was able to produce ‘the twenty-five series’ which includes; ‘Grace and Freedom,’ ‘verbum,’ ‘insight,’ ‘understanding, being,’ and others.

Bernard Lonergan has influenced many people in the field of education, economics, theology, and philosophy. Apparently, even the best of philosophers praised and acknowledged him for his work. He also influenced the way people operate, experience, understand and judge things. Also, his ideas brought much impact in the Catholic churches. In most cases, his books were believed to be difficult to understand. However, his fans were optimistic that it would come a time where his scope of research would be applied.

Sadly, Bernard Lonergan became ill for two years. And on November 26, 1984, he succumbed in Jesuit infirmary.