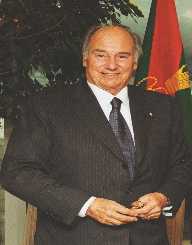 Prince Shah Karim Al Hussaini is a Swiss-born businessman and spiritual leader; he is best known as the leader of Nizari Islam, the Aga Khan, and his great wealth.

The Aga Khan IV was born as Prince Karim Aga Khan. He was born in Geneva, Switzerland on 13 December 1936. He is the eldest son of Joan Yarde-Buller and Prince Aly Khan. His parents divorced in 1949, and his father married actress Rita Hayworth. Prince Karim was raised in Nairobi, Kenya and received private tutoring. He was later moved to the most expensive boarding school in Europe, Institut Le Rosey. Upon graduation, he studied at Harvard University, first engineering and later history. He graduated with a degree in history from Harvard in 1959.

Prince Karim succeeded his grandfather as the Aga Khan and Imam of Nizari Ismailism. In 1957, Sir Sultan Muhammed Shah, Aga Khan III died and named his grandson his successor. Prince Karim became the Aga Khan IV as his father and uncle were passed over in succession. The reason for naming the 20-year-old Prince Karim, his successor, was that he would be more in tune with the modern age. The Aga Khan serves as the Imam to the 25 million Nizari in the world. Nizari is a sect of Shia Islam. The Aga Khan is recognized as the direct heir of the prophet Mohammed and his son in law Ali. The Aga Khan was a title first used by the 46th Imam of Nizari and was recognized as a title by the British government in 1866.

Prince Karim and his families other royal titles are courtesy titles recognized by the British. Aga Khan IV is the 49th Imam of Nizari. The Nizari live predominantly in South Asia and East Africa. The newly appointed Aga Khan IV declared he would continue his grandfather’s work to improve the lives of Nizari across the globe. He also emphasized multiculturalism. One of the early crises of his reign came in 1964 as riots in East Africa saw Nizari attacked. In 1972, Ugandan dictator Idi Amin expelled all Asians from Uganda; many were Nizari. The Khan took steps to ensure those who were expelled were able to find new homes. The Khan celebrated his silver jubilee by establishing the Aga Khan University in Karachi and widespread rural school and hospital construction campaign.

The Khan is also head of the Aga Khan Development Network, which he founded. The Network has an annual budget of six hundred and twenty-five million dollars and has over 80,000 staff worldwide. It operates in the world’s poorest regions and focuses on the development and emergency relief. The Khan does not view this work as philanthropy, but rather one of his responsibilities as Khan. The Khan is also a patron of Islamic architecture he sponsors a million dollar award for Islamic architecture and funds a course in both M.I.T and Harvard on the subject.

The Khan played soccer at Harvard and is a keen sportsman. He skied in the 1964 Winter Olympics for Iran. He competed in the downhill event. The Khan is one of the biggest players in the horse racing and bloodstock industry. He owns numerous stud farms in France, and his bloodstock business is centered on his estate in Picardy. He also owns Gilltown Stud in Ireland. In 2006, he became the majority shareholder in the horse auction house, Archana. Sea the Stars, the treble-winning Irish horse, was put to stud in the Khan’s stud farm in Gilltown. The Khan also owned the unbeaten Zarkava and Epsom and Irish Derby winner Harzand. Jockeys racing for the Khan wear green silks with red shoulders.

The Khan also sponsors the cup at the show jumping contest at the Dublin Horse Show. The Khan is one of the world’s wealthiest royals although he rules over no geographic location. He has an estimated value of one billion dollars. His wealth stems from his media and hospitality business holdings as well as his income from his bloodstock investments.

The Khan has been married twice. He married Sarah Croker-Poole, a British model, in 1969. Together they had three children, Princess Zahra Aga Khan, Prince Rahim Aga Khan and Prince Hussain Aga Khan. The couple separated in 1984, but their divorce was not completed until 1995. The Khan married his second wife, Gabriele zuLeiningen, in 1998. They had one son, Prince Aly Muhammad Aga Khan, together before divorcing in 2014, divorce proceedings had begun in 2004.

As well as his royal and religious titles the Khan has also received numerous awards from across the globe. Most notable of these is the French Legion of Honour, being made a Knight Commander of the British Empire and receiving the Padma Vibhushan from India.