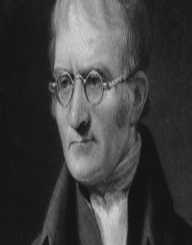 Mark Oliphant was born on October 8, 1901. He was an Australian physicist. He assisted in the development of nuclear weapons thorough his experimental demonstration of nuclear fusion.

Mark Oliphant was born on October 8, 1901, in Kent Town, Australia. He was born to Harold George Oliphant who was a civil servant and Beatrice Edith Fanny Oliphant who was an artist. He became a vegetarian at a young age after he saw pigs being slaughtered. He attended Adelaide High School. In 1919, he joined the University of Adelaide. In 1921, he graduated from the university with a Bachelor of Science Degree. In 1927, he published two papers on the properties of mercury in collaboration with Roy Burdon.

In 1925, Mark Oliphant applied for a position at Cavendish laboratory at the University of Cambridge after he heard a speech from the physicist, Sir Ernest Rutherford. In 1927, he was accepted to the laboratory. He worked with scientists such as Ernest Walton and Patrick Blackett at the laboratory. In the 1930s, he came up with a particle accelerator that was capable of firing protons with six hundred thousand electron volts of energy. He discovered Helium-3 and Tritium in collaboration with Rutherford and other scientists.

In 1937, Mark Oliphant was elected as a Fellow of the Royal Society. He was also the Poynting Chair of Physics at Birmingham University. In 1938, he participated in the development of radar that led to the development of the cavity magnetron used in advanced microwave radar. In 1943, he travelled to the United States of America to work on the Manhattan Project, a project to build atomic bombs. He was a humanitarian and was surprised when the weapons were used in the bombing of Japan in 1945. He later became a member of the Pugwash Conferences on Science and World Affairs which is an international organization that condemns armed conflict. He then returned to Australia after World War II.

In 1946, Mark Oliphant became the technical advisor of the United Nations Atomic Energy Commission. In 1950, he was appointed a director of the Research School of Physical Sciences and Engineering at the Australian National University. He also established a Department of Particle Physics at the university. He became the head of the department. He later on created a Department of Nuclear Physics and a Department of Theoretical Physics. In 1954, he co-founded the Australian Academy of Science. He became the first President of the Academy. In the 1960s, he retired from his academic career. In 1971, he became the Governor of South Australia, a post that he held up to 1976.

In 1925, Mark Oliphant married Rosa Louise Wilbraham with whom he had a son and adopted two children. His son died as a child. He passed away on July 14, 2000. He died at the age of ninety eight.