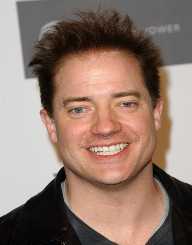 Brendan James Fraser was born on December 3rd, 1968 to a Canadian family. His place of birth was in Indianapolis, Indiana. His father Peter Fraser was a tourism executive and was once a journalist. His mother Carol Mary was a sales counselor. He was the last born child and had three brothers Kevin, Regan, and Sean. As he grew up he was exposed to different towns since his parents were always on the move. Among the place they lived include Indianapolis, Seattle Ottawa, Detroit, Rome and London among others.

After his elementary studies, Brendan Fraser attended Upper Canada College situated in Toronto in Ontario. He had his first experience at a professional theatre show in the West End. This was during his vacation in London. He later enrolled at Cornish College of the Arts in Seattle. He completed his studies and graduated in1990. Soon after, he began his acting career in New York City and later in Hollywood in California.

Brendan Fraser featured shortly in America's Most Wanted and later in School Ties. In 1994 he acted in The Scout as Steve Nebraska. He also featured in With Honors as “Monty" Montgomery Kessler. During this time he also acted supporting roles. This was in 1995 The Passion of Darkly Noon and 1997 The Twilight of the Golds. He acted in Gods and Monsters in 1998. Brendan Fraser also took roles in comedy films like Blast from the Past in 1999.

In the early 20th century he featured in the comedies Bedazzled in 2000 and Monkeybone in 2001. In 2001 he was also cast in The Mummy Returns which was a great hit. It took him to the peak of his acting career. Later in 2004, he featured in Crash which won an Academy Award.

Brendan Fraser later appeared in TV shows like The Simpsons, King of the Hill and Scrubs. In 2006 he participated in Canada's Walk of Fame. He became the first American actor by birth to be awarded the honor. In 2008 he featured once again The Mummy: Tomb of the Dragon Emperor which was in the 2nd sequel to The Mummy. Meanwhile, he adapted Journey to the Center of the Earth by Jules Verne and produced it in3D.

From 2010 he was cast in many other films like Whole Lotta Sole, a film directed by Terry George. I 2016 he took over a role that was to be acted by Ray Liotta in The Field. He later appeared in the third season of The Affair.

Brendan James Fraser met Afton Smith, his wife to be on July 4th, 1993. She is an actress. They later tied the knot on September 27th, 1998. The couple was blessed with three sons Griffin Arthur, Holden Fletcher and Leland Francis. They divorced in 2007.