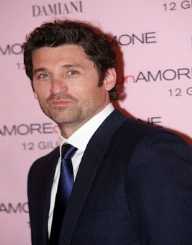 Patrick Dempsey was born on January 13, 1966, in Lewiston, Maine, USA. His parents are William Dempsey and Amanda (Caisson) Dempsey. He is an only child. He was the first of his family to break out into acting, as his mother was a clerk and his father was an insurance salesman. Dempsey’s early life was not filled with the glamor of the stage, but his later life would be filled with nothing but stardom and fame.

Patrick Dempsey attended several schools in his youth including the Buckfield Jr-Sr High school, Leavitt Area High School, and the Saint Dominic Academy. It was while he was in middle class that he learned he was dyslexic. This caused complications in his school work and continued to cause problems as he began working. Even though Dempsey attended so many schools, he never graduated, as he dropped out to start working.

Before Patrick Dempsey could get a job in acting, he used his other talents to get him jobs. One extraordinary talent that provided him with an appointment for a short time was his juggling skill. He entered a contest or two for juggling. He also worked as a magician for a short time.

Dyslexia that Patrick discovered he had in school did not stop affecting his life just because he dropped out. Once he started his acting career, Dempsey had to memorize all of his lines earlier than all of his coworkers since it was so difficult to read them. He still does this to this day.

Patrick Dempsey started his acting career on the stage, working in several small productions at first. It was not until 1985 that he made his way into television and movies. His first movie role was in the film Heaven Help Us, in which he played a side character named Corbet.

Later, he had a reappearing character role in the show Fast Times, in which he played a man named Mike Damone. In 1986 he got a more significant film role than he had been in before in Meatballs III: Summer Job. He played a character named Rudy.

Until he hit his stride in acting, he played small roles in several TV shows and movies. Some of his famous films and shows are listed below.

It wasn’t until 2005 that his acting career kicked off, and it was all because of his most famous role as Dr. Derek Shepherd in Grey’s Anatomy. Patrick Dempsey had previous experience playing doctors in other shows and movies, but fans gushed over this position more than any others. His character has even been nicknamed Dr. Dreamy by some.

He worked on Grey’s Anatomy from 2005-2015 when his character was killed off of the show. He also spent some time working on the show’s spin-off series, Private Practice, as the same character.

Some of the famous films he starred in during his later acting career are listed below.

Throughout his acting career, Patrick Dempsey has won 8 awards and had 21 nominations. Some of his awards are all listed below.

Aside from his many acting roles and awards, Patrick Dempsey has also used his fame and fortune to set up the Patrick Dempsey Center, which helps people who have cancer. It is located inside of the Central Maine Medical Center. He was inspired to set up this center after his mother was diagnosed with cancer, healed, and relapsed.

Patrick Dempsey has been married twice. He was first married to Rochelle Parker in 1987. However, the couple broke up in 1994.The couple had no children together, which could have been because Rochelle was over 20 years older than Patrick. He married again in 1999 to Jill Fink. The two are currently married. Patrick Dempsey did have children with Jill Fink: a daughter named Tallulah and twin boys named Sullivan and Darby.