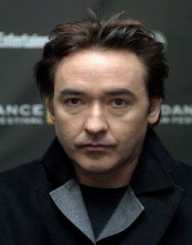 John Cusack was born on June 28, 1966, in Evanston, Illinois, USA. His parents are Ann and Richard Cusack. His father was also an actor. His sisters, Ann, Joan, and Susie Cusack are actresses. His brother, Bill Cusack, is also an actor.

As a child, John Cusack was already becoming involved with acting, in part because of his father, Richard Cusack, was an actor. His father encouraged him to take acting classes while he attended middle school (Nicolas Junior High School) and high school (Evanston Township High School).

After graduating from high school, John Cusack went on to enroll at New York University. However, he dropped out of school to pursue acting full time before he could earn any type of degree.

John Cusack’s official acting career began in 1983 when he had a small role in the film, Class. However, his earliest movie that he had a major role in was Sixteen Candles, in which he played Bryce, in 1984. This film helped him to gain attention and future film roles. John Cusack had many of his major roles in the 1980’s. Some of the other films he acted in include Stand By Me, One Crazy Summer, Hot Pursuit, Tape Heads, and Say Anything...

John Cusack’s fame in the 1980’s only carried on into the 1990’s. He was busier than ever during this decade, taking on major roles in several feature films. Some of the great films he acted in during this decade include The grifters, True Colors, Roadside Prophets, Money for Nothing, Bullets Over Broadway, Midnight in the Garden of Good and Evil, Cradle Will Rock, and Being John Malkovich. During this decade, he also guests starred on an episode of Frasier and voiced the character of Dimitri in the animated Anastasia (1997) film. It was also in the late-1997’s that Cusack began working as a producer. John Cusack worked as a producer for the films Grosse Pointe Blank, Chicago Cab, and The Jack Bull.

John Cusack’s career slowed slightly in the first decade of the 2000’s, but a majority of his roles in films were still leading roles. Some of the films he acted in during this decade include America’s Sweethearts, Serendipity, Max, Runaway Jury, Must Love Dogs, The Contact, and 2012. He also voiced the character of Igor in a film with the same name in 2008. Some of the films that he also produced (some of which he also acted in) include High Fidelity, Never Get Outta the Boat, Max, Grace Is Gone, and War, Inc.

As of the 2010’s, John Cusack continues to take both large and small roles in various feature films. Some of his most recent feature films include Hot Tub Time Machine, Shanghai, The Raven, Lee Daniel’s The Butler, Maps to the Stars, and The Prince. He also worked as a producer for the films Hot Tub Time Machine; We’re No Animals, Wall Street, and Cell. As of 2017, Cusack’s continues to act and produce films.

Over John Cusack’s decades-long acting career, he has won over half a dozen awards and has been nominated for over a dozen others. Some of his most impressive awards are listed below.