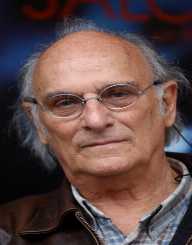 Spanish film director, writer, and photographer Carlos Saura was born on the 4 January 1932 in Huesca, Aragon, Spain. He was one of four children born to Antonio Saura Pacheco and Fermina Torrente.

From the 1960s onwards, Saura has been consistently acknowledged at The Cannes Film Festival and won the Grand Prix of the Jury award in 1976, the Technical Grand Prize in 1983 and the Best Artistic Contribution at the 1983 festival for Carmen.