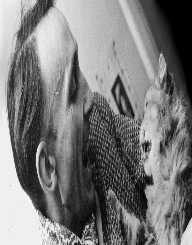 Andre Bazin was born on April 18th, in 1918. He was a celebrated French film critic. Besides this, he was also a film theorist. Bazin’s writing career on films took off in 1943. A few years later, in 1951, he co-founded the Cahiers du cinema. This was a film magazine where he could express his criticisms. His partners in the founding of this paper were Joseph-Marie Lo Duca and Jacques Doniol-Valcroze.

Andre Bazin was born on April 18th, 1918. His birthplace was in Angers, France. Bazin’s father worked as a bank clerk. During his school years, he was sent to a Catholic institution where he performed well. His teachers loved him for he was an adept learner. With time, his family migrated to Paris. This is where Bazin enrolled in his high school studies. Owing to his skillful nature, he bagged home some scholarships.

Andre Bazin had dreamt of one day becoming a teacher. This had a huge influence in enrolling with Ecole Normale Supérieure in St. Cloud. Around this period, he got familiar with film writing works of Roger Leenhardt. This is where he obtained his inspirations to engage in writing.

In 1943, Andre Bazin took his film writing career to a professional level. It did not take time before he co-founded a film magazine named Cahiers du cinéma in the year 1951. This was made possible through the partnership he had with Joseph-Marie Lo Duca and Jacques Doniol-Valcroze. After World War II came to an end, Bazin’s contribution to the film industry as a critic was highly appreciated. He continued editing Cahiers du cinema to the time of his death. The other writings that he did between 1958 and 1962 were later covered under a publication titled Qu'est-ce que le cinéma? – What is Cinema?

Bazin’s critic system was based on the “objective reality” that he saw in films. In addition to this, he also argued with regards to those film directors that made themselves “invisible.” These were the likes of Howard Hawks and other directors. As part of his film criticism, he pushed for the utilization of deep focus, short-in-depth, and wide shots. His relations with film directors gave them a deeper insight in analyzing their films intensively. For instance, Bazin instilled the mentality of personalism in film directors. This was a notion that a film ought to depict a director’s vision.

Andre Bazin had health problems that affected him throughout his life. This got worse during the 1950s. During the late 1950s, he was diagnosed with leukemia.