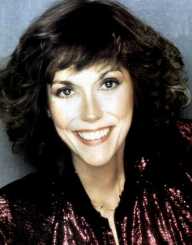 Karen Carpenter was born on March 2, 1950. She was an American singer and drummer. She was a member of the duo ‘The Carpenters’. She was in the duo with her brother, Richard. She was famous for her heavenly vocals. She died at the age of thirty two from heart failure.

Karen Carpenter was born on March 2, 1950, in New Haven in Connecticut. She was born to Agnes Reuwer and Harold Bertram Carpenter. She loved playing baseball when she was young. She was brought up alongside her brother Richard. At the age of four, she enrolled in ballet classes and tap dancing. In 1963, her family moved to Los Angeles, California. She attended Downey High School. At the school, she joined the school band. In 1964, she started playing drums in the band. Richard and Karen made their first recordings in 1965 and 1966.

In 1965, Karen Carpenter, Richard and Wes Jacobs formed the ‘Richard Carpenter Trio.’ Jacobs was Richard’s college friend. They played jazz in nightclubs. They also appeared on the talent show ‘Your All-American College Show’. In 1969, the Carpenters were signed by A&M Records for a recording contract. She sang most of the songs in the band’s first album. Their first album was titled ‘Offering’. Robert on the other hand wrote most of the songs. In 1970, they released the album ‘Close To You’ which featured the hit singles ‘We’ve Only Just Begun’ and ‘Close To You’.

In 1973, they released the album ‘Now &Then’. Karen Carpenter loved singing, and she loved drumming. But most the time she sang the band’s albums because the audience would not see her when she was behind the drums. In the 1970s, Robert got addicted to Quaaludes and this affected their tour dates. In 1978, they stopped touring all together. In 1981, The Carpenters released the album ‘Made In America’ which was the last. In 1982, Karen recorded the last song titled ‘Now’. In 1979, Karen made a solo album with producer Phil Ramone. In 1996, the complete album ‘Karen Carpenter’ was released.

Karen Carpenter lived with her parents until the age of twenty four. In 1971, she and Robert moved out of their parents’ house. In 1976, she bought two City Century apartments which she combined to make one. In 1980, she got married to real estate developer Thomas James Burris. Their marriage, however, ended after fourteen months because Thomas had had a vasectomy and so they could not have children. Thomas was also an abusive husband. In 1981, she revised her will and left everything to her brother and her parents.

Karen Carpenter suffered from the eating disorder anorexia nervosa. She was first admitted to hospital in 1982. In the same year, she gave her last performance at the Buckley School singing Christmas Carols. In 1983, she made her last public appearance. She died on February 4, 1983, from heart failure. She died at the age of thirty two. She was buried at the Forest Lawn Memorial Park in California. In 2003, her body was moved to the mausoleum at the Pierce Brothers Valley Oaks Memorial Park in California. On October 12, the same year, the Carpenters received a star on the Hollywood Walk of Fame.