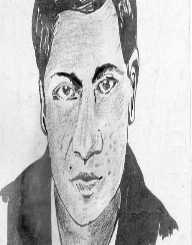 Srinivas Ramanujan was a self-taught mathematician from India who was so brilliant; people considered him 100 mathematicians in one body. Ramanujan made significant contributions to Mathematics, especially in the field of number theory, continued fractions and integrals. The shocking fact is that he received very little training in formal mathematics and derived over 4000 equations on his own, most of them have found to be true. Some are still being researched.

There’s no doubt that in his short life, Srinivas Ramanujan shone like a bright star in the field of mathematics.

Srinivas Ramanujan was born on December 22, 1887, in Erode, South India. His father was K. Srinivas Iyengar, a shop worker and mother Komlatammal, a housewife. His star sign was Capricorn.

Ramanujan’s other siblings didn’t survive long except for one named Sadagopan. Even Ramanujan contracted smallpox at the age of two but survived.

Srinivas Ramanujan was enrolled in the Kangayan Primary School where he showed excellent study skills.

From his early life, Srinivas Ramanujan showed a remarkable passion towards mathematics. By the age of 13, he had mastered a book on trigonometry by S.L. Loney. At the age of 15, he got his hands on a book by mathematician G.S. Carr which proved to be a life-changing event for him. He quickly devoured the book ‘A synopsis of Elementary Results in Pure and Applied mathematics’ and soon began to formulate his equations without any training in formal mathematics.

By the time Srinivas Ramanujan was ready for college, his research on this field was so vast, that he earned himself a scholarship at the Government Arts College, Kumbakonam. But soon Srinivas Ramanujan had to give up his scholarship because he was so preoccupied with mathematics that he performed poorly in other subjects.

Srinivas Ramanujan changed his college to enroll at the Pachaiyappa College, Madras( now Chennai ), but the same story continued over there. While he excelled at mathematics, he performed poorly in other subjects and failed to clear his exams. Eventually, he left his college and started looking for jobs.

Srinivas Ramanujan struggled to find a job at first. His health deteriorated, and he lived in poverty. While teaching college undergraduates for some money to support himself, he came into contact with V. Ramaswamy Iyer, who was the founder of the Indian Mathematical Society.

Impressed by Srinivas Ramanujan's work, Iyer sent his research to R. Ramachandra Rao. Rao was the district collector of Nellore, and he was surprised by the sheer volume of the work done by the young man. He found it hard to believe that all the research was done by a single person and arranged a meeting with him. Ramanujan impressed Rao with his discussion on elliptic integrals and found a job as a clerk with the Madras Port trust.  With a stable job, Ramanujan could focus on his mathematical research which was also funded by Rao.

After Srinivas Ramanujan's works were published in the journals of the Indian Mathematical Society, he began to attract attention from mathematicians in India & abroad. He sent his research papers to several mathematicians around the world. Most of them trashed his work without having a proper look.

But when Srinivas Ramanujan's work reached G.H.Hardy’s table, he took a look. He was unimpressed when he found Ramanujan’s conclusions on the Bernoulli’s numbers and a few of Euler’s theorems – as they were already discovered earlier. Some of Ramanujan’s conjectures were also known to be not true to the western world trained in pure mathematics.

When Hardy read that Ramanujan had no formal mathematical background – evident by the use of his symbols at places that Hardy was stunned by the brilliance. There were theorems he couldn’t understand at first, and Ramanujan had written them without proofs as well due to his lack of formal training on how to write a theorem.

Hardy arranged for Srinivas Ramanujan to travel to England in 1914 and began mentoring him. Even without his formal training, Ramanujan seemed to easily calculate solutions to tough problems involving elliptic integrals, zeta function and more. Ramanujan’s brilliance so much impressed his fellow mathematicians of the world, that he was considered an equal to Leonhard Euler, one of the greatest mathematicians of all time.

Because of his untimely death, Srinivas Ramanujan wasn’t able to explain all of his theorems to the world. His theorems are in a collection of four notebooks called Ramanujan’s frayed notebooks. A lot of research is still going on to fully understand all these theorems which have found applications in several modern technologies of today.

Srinivas Ramanujan was married to Janakiammal, a ten-year-old girl around 1909. Child marriage was prevalent in those parts of India at the time.  Although his mother arranged the wedding, she blocked Ramanujan’s letters to Janaki when he was away in London. When Ramanujan came back to India, he found the truth but was too weak and ill by then.