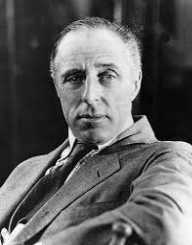 David Wark Griffith was born on January 22, 1875, in Oldham County, Kentucky, United States. He was one of the earliest American directors and producers who established modern cinematic techniques.

He was tutored by his older sister Mattie in a small room. At the age of ten, his father died, and his family had to put up with struggles to make ends meet. At the age of fourteen, his mother moved him and his sister to Louisville, Kentucky. She tried opening a boarding house which never picked up and was short lived. David dropped out of high school to support his family who was languishing in poverty.

D. W. Griffith began working in a dry goods store and later found a job in a bookstore while also pursuing a career in acting. He studied how to become a playwright, but his efforts never bore much fruit with only one of his plays being accepted for shows.

In 1907 he traveled to New York where he tried selling his script to Edwin Porter of Edison Studios but was rejected. He was however offered a role as an actor in the film ‘Rescued from an Eagle’s Nest.’ This role inspired him to become a full-time actor and made appearances in several films.

D. W. Griffith appeared in the film ‘Professional Jealousy’ as stage extra in 1908 for the Biograph Company in America. While working for Biograph, he met Billy Bitzer and experienced a turnaround in his acting career.

In 1908, he was appointed as the new principal director of Biograph by Harry Marvin after McCutcheon Jr. failed to uphold the standards of the company. He made his first short film as director titled ‘The Adventures of Dollie’ in 1908 and also directed forty-eight other short films at Biograph. Amongst the other short films include ‘In Old California’ which was shot in 1910 in Hollywood, California followed by ‘Judith of Bethulia’ in 1914 which was his first feature film.

D. W. Griffith left Biograph since they did not value his visions and never supported his goals. He took a job at Mutual Film Corporation accompanied by a number of his actors from Biograph. His first film was ‘The Life of General Villa’ with himself as the starring Pacho Villa.

He co-founded a studio with Harry Aitken known as Reliance-Majestic Studios which was later changed to Fine Arts Studio. The studio joined efforts with Triangle Film Corporation with Aitken becoming the head of the new film entity.

In 1914, D. W. Griffith directed and produced ‘Birth of a Nation’ which was released in 1915 depicting the era of reconstruction and Civil War. The film was adapted from the 1905 novel ‘The Clansman’ by Thomas Dixon. However, it became a major source for controversy for its depiction of slavery and racism in the United States. It also depicted the Ku Klux Klan as the only rightful people who could restore order especially during the Civil War.

The aftermath of 'The Clansman.'

It was criticized by a majority of people and the NAACP as well which also tried not to show the film. The NAACP succeeded in banning the movie from being aired in most cities.

However, the film became the best blockbuster at the time. Enraged by the ban and want to respond to the criticism, D. W. Griffith produced ‘Intolerance’ in 1916 which also recorded a good turn-out at the Box Office.

In 1917 he was dismissed from production and resorted to art work beginning at Paramount Pictures. David later worked for First National Pictures from 1919 to 1920. He also established United Artists alongside Douglas Fairbanks, Charlie Chaplin, and Mary Pickford. He separated from United Artists and decided to embark on film making producing some films.

David Wark Griffith married Linda Arvidson in 1906 but divorced thirty years later in 1936. He married Evelyn Baldwin in 1936 and the couple divorced in 1947. In the morning hours of July 23, 1948, he was found lying down unconscious in his hotel room at Knickerbocker Hotel in Los Angeles.

On his way to the Hollywood hospital, he succumbed to cerebral hemorrhage. He died at the age of seventy-three. He was honored by the United States by putting his portrait on a ten-cent postage stamp in 1975. In 2008, in his honor, the Hollywood Heritage Museum played his earliest films on a large screen.