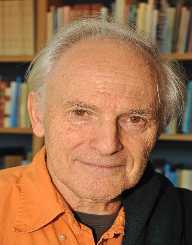 Otto Fritz Meyerhof was born on April 12, 1884, in Hanover, Germany. He was the son of a wealthy Jewish merchant Felix Meyerhof and Bettina May. In 1888, his family moved to Berlin and Meyerhof spent his entire childhood in Berlin. He received his primary education at Wilhelms Gymnasium, a secondary school with a traditional background. At the age of 16, Meyerhof suffered a kidney disease and had to confine to his bed. During this time, with his mother’s influence and encouragement, he concentrated on developing his literary and intellectual interests by engaging himself in reading literary works and writing poetries.

Otto Fritz Meyerhof started studying Medicine at the University of Freiburg im Breisgau. He continued the study of Medicine at the Universities of Berlin, Strasbourg, and Heidelberg. In 1909, he received his M.D. from University of Heidelberg. He worked in the laboratory of the medical clinic at Heidelberg immediately after completion of his graduation. His graduation thesis for Doctor of Medicine included a psychiatric subject which raised his interest in the subject. He devoted most of his time researching on psychology and physiology. He met the young Biochemist Otto Warburg at the clinic who greatly inspired him to use biochemical methods in his studies of the release of energy in the living cell.

In 1912, Otto Fritz Meyerhof started working as an Assistant in the Department of Physiology at the University of Kiel. His lectures on the energetics of cell phenomena delivered in 1913 after qualifying for the post of Lecturer in Physiology in Kiel were later published under the name ‘Chemical Dynamics of Living Matter.’ In 1915, Professor Hober was appointed as the Director of the Institute of Physiology. Subsequently, Meyerhof was appointed as his assistant. He was promoted to the post of Assistant Professor in 1918.

Otto Fritz Meyerhof's most important scientific achievement was finding the relationship between consumption of oxygen and the metabolism of lactic acid in the muscle. It was previously proved by (Sir) Walter Morley Fletcher and (Sir) Frederick Gowland Hopkins at Cambridge University during their research in 1906-07, that when muscle contracts under anaerobic conditions lactic acid accumulates in it only to be dissolved with the supply of oxygen.

A reputed American University offered a Professorship of Biochemistry in 1923 to Meyerhof. A new department was created for him at the Kaiser Wilhelm Institute for Biology at Berlin-Dahlem. Meyerhof headed the new department from 1924 to 1929 To retain Meyerhof in Germany. In 1929, Meyerhof was made Head of the Department of Physiology at the Institute for Medical Research at the University of Heidelberg. In 1925, Meyerhof together with his assistant Kurt Lohmann published first of their many joint papers. Through the paper, he proved that Glycolysis was not due to bacterial activity. The fundamental observations were published in 1926-27 and are considered as the experimental foundation of the Emden-Meyerhof theory of Glycolysis.

In 1938, due to the ethnic policy of the Nazi regime, Otto Fritz Meyerhof was forced to flee Germany. He, along with his family, immigrated to Paris and he was appointed the Director of Research at the Institut de Biologie Physico-Chimique there. In 1940, Nazis invaded Paris. Meyerhof again had to move out. He reached Toulouse on his way to the United States and finally managed to reach his destination in October 1940.

Otto Fritz Meyerhof was appointed Research Professor of physiological chemistry at the School of Medicine of the University of Pennsylvania, Philadelphia. It was a specially created post for him. During the next ten years, he extended his research work and also published 50 papers. He spent the last decade of his life in the United States doing research and writing papers on their outcome.

Otto Fritz Meyerhof is a recipient of Nobel Prize for Physiology or Medicine for 1922. He shared the prize with Archibald Vivian Hill. Both of them were rewarded for their distinguished work on muscle metabolism and Glycolysis.

Otto Fritz Meyerhof met Hedwig Schallenberg during his stay in Heidelberg. Hedwig was a painter by profession. They tied the nuptial knot in 1914. The couple was blessed with a daughter and two sons.

He suffered his first heart attack in 1944. On October 6, 1951, he died after suffering his second heart attack. He was laid to rest in Philadelphia.