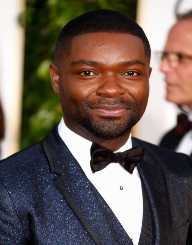 David Oyelowo was born on April 1, 1976. He is a British Nigerian producer and actor. He is popularly known for his role as Martin Luther King Jr. in the film ‘Selma.’ He also played the chess coach in the film ‘Queen of Katwe.’

David Oyelowo Oyetokunbo was born on April 1, 1976, in Oxford in England. He was born to Stephen who worked for the National Airline and his wife who worked for a railway company. When he was six years old, his family moved to Lagos in Nigeria. At the age of fourteen, his family moved back to London where they settled in Islington. He attended City and Islington College where he took theatre studies. He later joined the London Academy of Music and Dramatic Art where he took an art foundation course. In 1998, he finished his three year training. He also attended the National Youth Theatre.

In 1999, David Oyelowo began his career on stage. He was offered a season with the Royal Shakespeare Company. He first featured in ‘Oroonoko.’ In 2001, he appeared in the stage performance ‘This England: The histories’ and King Henry VI. In the year the performance won him the 2001 Ian Charleson Award for best performance by an actor under thirty in a classical play. In 2005, he appeared in ‘Prometheus Bound.’ In 2006, he made his directorial debut with the production of ‘The White Devil.’

He has also lent his voice to various productions. In 2007, he lent his voice in the autobiography ‘The Interesting Narrative of the Life of Olaudah Equiano.’ In the same year, he read for John le Carre’s ‘The Mission Song. Audio File’ magazine. In 2015, he portrayed James Bond in ‘Trigger Mortis.’

David Oyelowo married actress Jessica Oyelowo with whom he has four children. They currently live in Los Angeles, California, United States of America. He is a devout Christian. He is presently forty one years old.