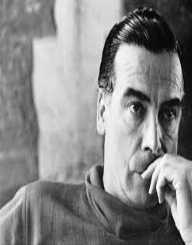 Cristóbal Balenciaga Eizaguirre was a renowned Spanish Basque fashion designer. January 21, 1895, he founded the Balenciaga fashion house. He gained interest in tailoring during his childhood days, as he spent time much with her mother who was a seamstress. Picking up the profession, Balenciaga highly refined it with great skills becoming one of the few couturiers could cut, design and sew with his hands.

Cristobal Balenciaga was highly revered by some top fashion designers including Christian Dior and Coco Chanel and many other. Balenciaga earned the alias King of Fashion for his high-quality works.

Cristóbal Balenciaga Eizaguirre was born on January 21, 1895, in Getaria in Spain to Martina Eizaguirre Embil and José Balenciaga Basurto. His mother was a seamstress, and as a child, he spent much time with her when working.

He gained interest in his mother’s profession, and at the age of 12, he began an apprenticeship with a tailor. Balenciaga was highly skilled during his teenage and attracted several customers including the Marchioness de Casa Torres, who also became his customer. Having an interest in his works, she sent Balenciaga to Madrid, where he received formal training in tailoring.

Cristobal Balenciaga started seeing success from the onset of his career in Spain, having started at an early age. In 1919, he established the boutique San Sebastián. The business became successful expanding to Barcelona and Madrid.

He also designed for the Spanish royalty. Balenciaga closed his stores during the Spanish Civil War and left for Paris. While in Paris, he opened a couture house in August 1937.

His work and skill became evident and gained the needed recognition after the war. He came out with several stunning designs while refining already existing ones. Balenciaga designed the tunic dress in 1955, which transformed into the Chinese dressing in 1957.

After working in Paris for 30 years, Cristobal Balenciaga in 1968 closed his couture house. He also closed his fashion houses in Madrid and Barcelona. The Balenciaga fashion house currently runs under the ownership of the Kering Group and direction of Demna Gvasalia. Balenciaga became known as"The King of Fashion" and considered one of the great fashionistas of his time.

Cristobal Balenciaga was gay but kept is private his entire life. His long-time partner was Vladzio Jaworowski d'Attainville who helped him fund his career. He died on March 23, 1972, in Xàbia, Spain.