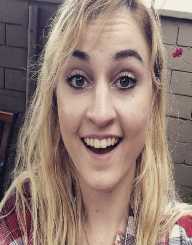 Miranda Miller is guitarist and a member of the rock band Hey Violet.

Miranda Miller was very close to her grandfather. Information about her parents and siblings is not available. It is understood she and her mother used to teach piano playing to children

Miranda Miller was a member of the all-female rock band, Cherri Bomb established by famous vocalist Julia Pierce in 2008. She later enrolled in the rock band Hey Violet, which was earlier known as Cherri Bomb. She was a guitarist, keyboard player and a vocalist in this group. She came out of this group in 2017.  Pierce left the group due to differences of opinion.

Miranda Miller played guitar and keyboard on stage along with Nia and Rena Lovelis and Casey Moretain Hey Violet. Miranda is leaving the band.

She is a member of Music Stars, and she is concentrating on her music career.

Miranda Miller is not married. She has no children. She has kept her private life a secret. Miranda is living in Los Angeles, California.

Miranda Miller is worth about $2 million.