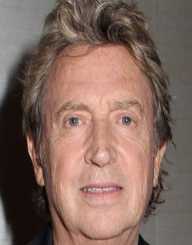 British guitarist and photographer Andy Summers was born Andrew James Somers on the 31 December 1942 in Lancashire, England to Jean and Maurice Somers. He was raised in Bournemouth, Dorset, England and as a child had piano lessons. He was one of four children born into the family having a sister Monica and two brothers Richard and Tony.

Andy Summers became interested in the guitar in his early teens and started doing local gigs before relocating to London to play in a band. At 19, he joined Zoot Money’s Big Roll Band, a rhythm and blues band and during this time, he met Jimi Hendrix (1963-1967). The band changed its name to Dantalian’s Chariot in 1967. Summers eventually left the band and played with Soft Machine as well as Eric Burdon and the Animals.

He toured the United States for a few months with Soft Machine and recorded an album Love Is, with Eric Burdon and the Animals. He then spent five years in the United States where he enrolled at the California State University, Northbridge to study music and composition. He returned to London and toured with various artists including Joan Armatrading and David Essex.

In the 1970s, Andy Summers played briefly with Strontium 90 before joining Gordon Sumner known as Sting, Henri Padovani and Steward Copeland in Police in 1977, replacing guitarist Padovani after a few months.

Police became one the most successful rock bands of the 1980s with hits including Every Breath You Take, Roxanne, Don’t Stand So Close to Me, Every Little Thing She Does Is Magic, Invisible Sun and Message in a Bottle. Police had a reunion tour in 2007-2008 which toured internationally and at the time, was the third highest grossing tour of all time. The band broke up in 1984 when Sting called it quits.

Rolling Stone magazine later reported that Andy Summers and Copeland felt like Sting’s employees rather than collaborators and that this led to tension within Police which led to bickering and fighting. Sting later remarked in a 2007 interview that the problem was that the three musicians had nothing in common.

After leaving Police, Andy Summers pursued a solo career, recording 13 albums and touring internationally. Solo albums include XYZ, Mysterious Barricades, The Golden Wire, Charming Snakes, World Gone Strange, The Last Dance of Mr. X and The X Tracks. His solo albums focus on a fusion of jazz, world music, and improvisation. He has also collaborated with other musicians on albums such as Invisible Threads with John Etheridge, Strings of Desire and Splendid Brazil with Victor Biglione and First You Build A Cloud with Ben Verdery.

He recorded with Brazilian musician Roberto Menescal in 2009 and 2012, produced the album Fundamental for the band Pato Fu with Fernanda Takai. He has also composed film scores, including the scores for the Turkish film And the Circus Leaves Town,  Down and Out in Beverly Hills, Weekend at Bernie’s, 2010 and Wild Life. Summers formed a band Circa Zero, and they released Circus Zero in 2014. He also toured Brazil with Rodrigo Santos.

Andy Summers has published several books of his photography and has exhibited his photography extensively. He also published an autobiography One Train Later (2006) which was voted the No.1 music book of the year in the UK. A film adaptation of the book, Can’t Stand Losing You was made in 2015.

Andy Summers has won numerous awards including two Grammy Awards for Best Rock Instrumental: 1979 for Regatta de Blanc and 1980 for Behind My Camel. Guitar Player magazine included him in their Hall of Fame and also voted him No.1 pop guitarist five times. He won a Guiding Light Award from the Progressive Music Awards (2016), a Lifetime Achievement Award at the Gibson Guitar Awards (2000) and a Lifetime Achievement Award from Roland and BOSS (2017). Rolling Stone magazine voted Summers the 85th guitarist of all time. He was inducted into the Rock and Roll Hall of Fame with Police in 2003.