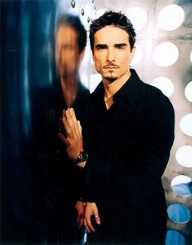 Kevin Richardson is an American actor, singer, model, and producer born on October 3rd, 1971. He is famous for being among the Backstreet Boys’ founders. In his film career, he has had a role in Disney world where he played the part of Aladdin. He also had a role in The Spirit Bear, an animated series where he was the composer of its soundtracks.

Kevin Richardson was born on October 3rd, 1971. His place of birth was in Kentucky, Lexington in the United States. He is the youngest son of Jerald Wayne and Ann C. His father serves as a handyman and outdoorsman. On the other hand, his mother is a homemaker. Kevin Richardson has two older brothers Tim and Jerald. By the time he was four years old, he knew how to ride a horse. Young Kevin Richardson also developed a passion for music when he was 9. He even started piano lessons at the time and sang in the church choir. Sadly, the multitalented singer lost his father to cancer in August 1991 at the age of 19.

When Kevin Richardson was in his first year in high school, he was presented with his first keyboard. He was also part of the high school theater while he sang with the choir and performed for the drama club. During his studies in Estill County High School situated in Kentucky, he played a role in the schools’ plays. Among these plays included the Barefoot in the Park and Bye Bye Birdie. He later graduated from his high school studies in 1990.

Career with The Backstreet Boys

Richardson began his career as a member of the band, The Backstreet Boys in 1993. He performed alongside Nick Carter, Howie Dorough, AJ McLean, and Brian Littrell.  A few years later, in 1997, the band released their first album which performed quite well. Among its hit singles include "As Long as You Love Me,” and "Quit Playin' Games (With My Heart)." After that, the group produced many other hit songs and performed in concerts around the world. Later in 2006, Richardson left The Backstreet Boys.

After quitting his career with The Backstreet Boys, he began his film roles. Kevin Richardson appeared in Chicago, the Broadway musical. Also, he began a modeling career in Italy for Versace. Indian movies did not leave him behind either for he acted in a number of them including The Casserole Club. His role in the film earned him an Independent Vision Award for the category of Best Actor in 2012.

In January 2001, Kevin Richardson established the foundation Just Within Reach (JWR). His major aim for establishing the company was to provide lessons to people concerning the environment and also promote health issues. Having lost his father to cancer, Kevin Richardson was motivated to help others overcome health issues by providing them with knowledge and support. However, it is reported that for the past years Kevin Richardson has remained dormant in the activities of the organization and has therefore closed.

In 2000, Kevin Richardson tied the knot with Kristin Kay Willits. She is a model, actress, photographer and a dancer. Later in 2007, they were blessed with their first born son Mason Frey. Subsequently, in 2013, Maxwell Haze, their second son was born.