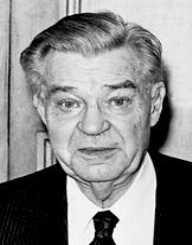 Gunnar Myrdal is considered to be one of the leading economist and social scientists of his era. He was known to have left an impression on the world as a fighter of inequality as well as a reformer. He is known to have been a developer of the Swedish Welfare State. He had the faith to pierce the roots of conflicts which was taking place between the American idealism and racism.

Gunnar Myrdal was given due respect by the Swede as the Professor of Political and International Economy. He made a lot of marks in his classic book on sociology, an American Dilemma. He was one of the names listed among Nobel Prize winners in economics in 1974.

Gunnar Myrdal was born on the 6th day of December 1898 to Karl Petterson who was a railroad employee and Anna Karlsson. He was named Karl Gunnar but chose to drop his first name later. He acquired his law degree from Stockholm University in 1923 and later pursued his studies in Economics at the same university while he practiced law. In 1927, he got awarded the Juris Doctor degree in Economics based on the nomination he got as an instructor in the political economy. Gunnar Myrdal got involved in politics and became a member Social Democratic Party in 1934 in the Senate. During that period around 1925 to 1929, he pursued his studies in Germany and Britain. He later received a fellowship from the Rockefeller Institute.

Gunnar Myrdal was known to have occupied so many positions including a position as an associate professor of the Post Graduate Institute of International Studies in Switzerland as well as Lars Hierta Chair of Political Economy and pUblic FInanace in theUniversity of Stockholm. He became the Social Democratic Member of Parliament in 1939. He later wrote with his wife, The Crisis in the Population Question in 1934. The Minister of Social Affairs adopted the measures to support the families socially which was outlined in the book.

He was later appointed the Trade minister between 1945 and 1947. Gunnar Myrdal was held responsible for the monetary crisis in Sweden in 1947 and was criticised for his fiscal pact with the Soviet Union. He was later appointed as the Executive Secretary of the United Nations Economic for Europe in the same year. He remained in the position until he resigned after ten years when he resigned. Before this time, he launched leading research centers for economic research and policy development. As a person, he stood against the Vietnam War and led the United States to enter talks with North Vietnam. He was assigned to be the Head of Swedish Vietnam Committee on his return.

Gunnar Myrdal published a lot of his works. He was known to have published The  Political Element in the Development of Economic Theory in 1929. He was known to have helped in the foundation of the econometric society which has its base in London. He also criticised the uneven flow of wealth distribution and the use of defective statistics. Gunnar Myrdal was also a great supporter of John Maynard Keynes’ thesis. He also proclaimed saying that to speed up or slow down economies is the main idea of budget presentation and management. This was, however, something published by him four years before Keynes published his book.

Gunnar Myrdal has contributed a lot to the human race. However, he published a work under the title of The Beam in Your Eyes in Asian Drama. This work was what brought about the concept of scientific relativism of values. This work shows that he did not limit his theories to economics alone. He also was able to propound theories which help the society. He gave ample importance to political science, and as a practitioner, he related with so many aspects of political science and economics.

Gunnar Myrdal met his wife, Alva Reimer in 1919. She was one of the five children of her father who was a conductor. Alva held a good post in the UNESCO after her graduation from the University of Stockholm. She was a diplomat and also a politician as of 1924. In 1924, she got married to him and then became Sweden’s Minister of Disarmament and Church. Apart from this, she served as the Ambassador to India.  The Couple had three children – two daughters and a son. Gunnar Myrdal died after being hospitalized for a total number of two months. He died on the 17th of May 1987 in a hospital near Stockholm.