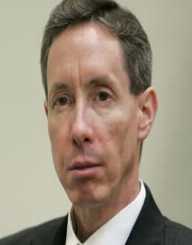 Warren Jeffs? is the president and prophet of the Fundamentalist Church of Jesus Christ of Latter Day Saints. He is currently a convicted prisoner serving a jail term for sexual assault and marrying minors.

Warren Jeffs was the son of Rulon and Marilyn Steed Jeffs. He was born in Sacramento, California on December 3, 1955. His father was the leader of the Latter Day Saints church or FLDS. He grew up in a polygamous setup, with his over 80 siblings in Salt Lake City. His father married several wives with the exact number being a secret. The church allied itself to the Mormon Church and practices polygamy. The Mormon Church denied any association with the polygamous sect. The Mormons outlawed polygamy over a century ago.

Jeffs was considered a revelation child to the family. He was born two months before the due date. He survived his infancy and became a wonder to the congregation. According to the FLDS believers, Jeffs was a golden child with a special divine revelation.

He studied in various schools and became a school administrator. Jeffs became the principal of Alta Academy in Salt Lake City. The academy was sponsored by the FLDS church. Jeffs adhered to order and discipline. He doubled as the church administrator.

Jeffs created order in the church. He instituted a system that recognized his stature as the leader. During his early years as the prophet, he married his stepmothers to impose his authority on the family. He adopted his younger brothers and sisters and became a father figure to them. Jeffs relocated the church headquarters from Salt Lake City to West Texas. He barred the use of internet, television or media technology within the headquarters. Jeffs cordoned off the followers from the rest of the community. He baptized the headquarters the Yearning for Zion Ranch.

Jeffs turned dictatorial as years progressed. He overlooked the church tradition and imposed his own will on the congregation. Few people challenged his decisions. He sacked church employees who challenged his authority and excommunicated followers. He was ruthless and operated alone in the decision-making process. Jeffs led over the church and infringed on the personal lives of the followers. He decided which clothes they wore. Jeffs decided which marriages took place. He directed which schools, attire, games, and toys the children of followers should indulge with.

Due to his absolute authoritarian leadership, he faced a lot of challenges in running the church. In 2004, he fought courtroom battles with sacked employees. He was accused of using the church finances without authorization. Despite being polygamous, he was accused of sexually assaulting members in the church. In 2005, Jeffs kept out of the limelight. He faced more accusations, as more claims of sexual assault emerged from the followers. Jeffs went underground under the weight of the damaging accusations.

In 2006, the FBI launched a manhunt for the fugitive prophet. Jeffs was part of the FBI’s ten most wanted fugitives. He evaded arrest for months. He abdicated church duties and left no one in charge. As the hunt went on, the church was unaware of his whereabouts. The authorities finally caught him in Las Vegas in August 2006. He was in possession of several phones, camouflage accessories, and a lot of hard cash. He used the wigs, sunglasses and numerous phones to evade being located by the police.

Jeffs was arrested and charged in a court of law. In 2007, he was charged with marrying over 25 underage girls. He married off another minor as the prophet of the church. The police presented conclusive evidence from his journals and videotapes from his house. He refused a legal counsel representation in court.

He was found guilty of the charges and sentenced to one life imprisonment and an additional 20 years. He still seats as the prophet of the church, directing its operation from the prison cells. His two children accused him of sexually assaulting them.

Jeffs was a polygamist, with an unofficial record of about 70 wives. A third of the 70 were actually minors.

Jeffs is a true revelation child to the FLDS. Despite all the criminal charges and convictions, he still commands the church as the prophet. His followers rely on his leadership from the prison cells.