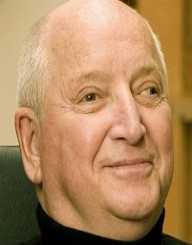 Michael Graves was born on July 9th, in 1934. He was a well-known American architect mainly due to his public commissions and contemporary architectural designs. For about 40 years, Graves was an architecture professor at Princeton University. Similarly, he was a member of The New York Five.

Michael Graves was born on July 9th, in 1934. His place of birth was in Indianapolis, Indiana. He was the son of Thomas B. Graves and Erma. Later on, Graves acknowledged the fact that his mother encouraged him to become an architect.

Together with the support of his firm in Princeton, Graves designed over 350 buildings globally. Besides, they also created about 2,000 household products.

During the late 1960s to the beginning of 1970s, Michael Graves spent most of his time designing modern premises. His best works include Fort Wayne, Indiana, Hanselman House, and Snyderman House. Similarly, it is during this period that he became a member of The New York Five. Other members in the group included Charles Gwathmey, Peter Eisenman, Richard Meier, and John Hejduk.

Things changed during the late 1970s as Graves became more inclined to postmodernism. His architectural designs changed from this time to the latter part of his career. Some of his earliest postmodernist works included the Plocek Residence which he designed in 1977.

As an architect, some of the best prolific works that Michael Graves is best remembered for include the Portland Building and the Humana Building. Other buildings that he designed include the O’Reilly Theatre, the NCAA Hall of Champions, 425 Fifth Avenue and several others.