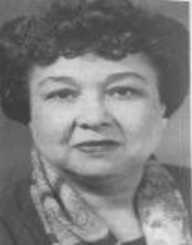 Laura Wheeler Waring was an educator, artist, and painter during a period in life that African-Americans were going through so many tribulations. She was born on 16th of May in 1887 in Hartford, Connecticut. Laura is one of the women that showed outstanding courage in times of the racial discrimination, disintegration, and exclusion. She joined NAACP and gave many illustrations to the magazine, The Crisis. On the 3rd February of 1948, she took her last breath. She was only 60 years old.

Laura Wheeler Waring was born to Rev. Robert Foster Wheeler and Mary. She was born the fourth child of the six children. The father was the pastor at one of the historic African American churches while the mother worked as a teacher. Moreover, she was also an artist. Laura began picking up her mother’s vibes at a young age and followed in her footsteps. Therefore, she had the full support of her parents who had seen her potential at a young age.

Laura Wheeler Waring left home with the blessings of her parents and went to Pennsylvania. While living in Pennsylvania, she took up teaching art as a part-time job at the Cheyney Training School for teachers. Later in the years to come, she went to study at Philadelphia Pennsylvania Academy of the Fine Arts. Moreover, during this period, Laura got a scholarship in 1914 that would see her move to Europe to study. She started touring Europe but stopped immediately because First World War erupted.

Laura Wheeler Waring was one of the artists whose work got displayed in the country’s first ever exhibition show for African- American artwork. This was held in 1927 by the William E. Harmon Foundation. After the show, she was hired to work on portraits of famous African-Americans. Her work was so good that some are still hanging in the Corcoran Gallery in Washington, the Philadelphia Museum of Art and Smithsonian National Portrait Gallery.

Laura Wheeler Waring was a proud member of the NAACP. She used her artwork as a tool to help convey her messages. Some of the work that she did for the National Association for the Advancement of Colored People magazine includes The Crisis and the Brownies Book in the 20’s. She even got the chance to work with some Africa-American activists like W.E.B du Bois. She was not very active in the participation of the Harlem because of her teaching commitments in Pennsylvania.

The 23rd of June 1927 brought the good news of a wedding day to Laura and Walter Waring. Walter was from Philadelphia and was also a teacher by profession. Because of their financial situation at the time of their marriage, they decided to postpone their honeymoon. After two years the happily wedded couple decided to take their long-awaited honeymoon in Europe. Their union did not bear any children.

Death knocked on the door of Laura Wheeler Waring on the 3rd of February 1948 in her Philadelphia home. She had suffered a long illness that saw her confined to her house. The Howard University Gallery of Art in Washington, D.C honored her memory by holding an art exhibition.