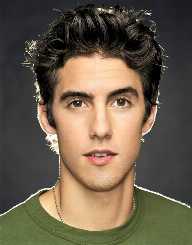 Milo Ventimiglia is an actor who has played many television roles early in his career.  From teen heartthrob to hero, he has found success in acting as well as directing and producing.

Milo Ventimiglia was born on July 8, 1977, in Anaheim, California.  He has two older sisters.  From the age of 8,  Ventimiglia set a goal to win an Oscar.

Milo Ventimiglia attended El Modena High School.  He was active in many extracurricular activities including wrestling and drama productions.  He was also president of the Student Government.

After graduating from high school in 1995, he attended a summer workshop at the American Conservatory Theater in San Francisco on a scholarship.  For college,  Ventimiglia went to UCLA to major in theater.

Milo Ventimiglia was able to start his professional career in small roles on television.  His first role was in 1995 on The Fresh Prince of Bel Air.  His first film was the next year in the short movie Must Be the Music.

Other television show spots included CSI:  Crime Scene Investigation, Sabrina, the Teenage Witch, Boston Public, Saved by the Bell:  The New Class, Brooklyn South, and Promised Land.   Ventimiglia got his first break as the main character in Opposite Sex.

After Opposite Sex was canceled after eight episodes, Milo Ventimiglia got another break in the series Gilmore Girls.  In 2001 he played Jess Mariano and was a regular cast member in the second season and stayed on until 2006.

During that time he kept busy on other projects such as raunchy comedies like Winter Break. In television, he was also seen as Jake Provesserio in the television school-based drama Boston Public and in the final season of the Vietnam-era television drama American Dreams.

In 2005, he was also cast in The Bedford Diaries, but that series only lasted one season.  His next big role was in the cast of Heroes from 2006-2010.  He played Peter Petrelli who had the power to absorb and mimic other people's powers.

Milo Ventimiglia showed his skills in some films.  Not all of them were a success, but the short and full-length films led to other opportunities.  He acted in horror films such as Wes Craven's Cursed and the 2006 film  Stay Alive.

Milo Ventimiglia was also in comedies such as Dirty Deeds.  In 2006, he was the star of the short, political film Intelligence.  However, he cut Rocky Balboa's son Robert in the 6th movie of the franchise Rocky Balboa.

Milo Ventimiglia used his talents in voice acting as well.  It started with the role of Wolverine in an episode of the TV animated series Iron Man.

Milo Ventimiglia continued that role when Wolverine became its series in 2011.  From 2015-2016 he was the voice of Spider-Man Noir in Ultimate Spider-Man.

More series came his way.  In 2013, Milo Ventimiglia played Ned Stax in Mob City at the same time he portrayed Ian Mitchell in the web series Chosen.  In 2015 he was The Ogre in the TV series Gotham and Cash Buggiardo in the digital series The PET Squad Files.

Milo Ventimiglia was also in the short-lived series The Whispers.  When Gilmore Girls came back in 2016, he reprised his role as Jess Mariano.  More recently he appears as Jack Pearson in the recent TV hit. This Is Us.

Milo Ventimiglia is the co-owner and operator of the production company Divide Pictures.  Some of the shows he has produced include It's a Mall World, Ultradome, Chosen, The PET Squad Files, and Relationships Status.  He also directed It's a Mall World and an episode of Ultradome.

Milo Ventimiglia has been connected with some of his costars from his television series.  He dated Alexis Bledel from Gilmore Girls from 2002 to 2006.  He also dated Hayden Panettiere from Heroes.

In 2008, Milo Ventimiglia toured with the USO in Kuwait, Iraq, and Afghanistan.  His second tour in 2009 included Germany and Turkey.  He is actively involved in the Iraq and Afghanistan Veterans of America.  That organization helps veterans returning from war.