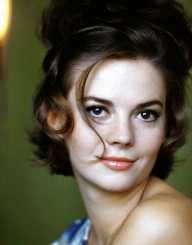 Natalie Wood was born on July 20, 1938. She was an American actress. She began acting in films when she was a child. In her whole career, she appeared in 56 films. When she was young, she appeared in films such as ‘Miracle on 34th Street’, ‘Rebel without a Cause’ and ‘West Side Story’ among other films. Before she was 25, she had received three academy award nominations. Natalie Wood died when yachting with her husband Wagner and co-star Christopher Walken. She died on November 29, 1981.

Natalie Wood was born Natalia Zakharenko on July 20, 1938, in San Francisco. She was born to Maria Stepanovna and Nikolai Stepanovna Zakharenko. At the age of 4, Wood’s mother enrolled her in a ballet class. She started performing at a very young age as she was introduced to performing arts at that young age.

In 1943, Natalie appeared in the movie ‘Happy Land.’ She attracted the attention of director, Irving Pichel with her outstanding performance in the movie. In 1947, she starred in the Christmas movie ‘Miracle on 34th Street’ which made her one of the top child actors in Hollywood. She, however, continued with her studies at the same time rehearsing for her sets.

In 1955, Natalie Wood starred in the movie ‘Rebel without a Cause’ where she acted as James Dean. In 1956, she graduated from Van Nuys High School. In the same year, she appeared in the movie ‘The Searchers’. In this movie, she acted alongside John Wayne. She was now becoming famous to the public as an outstanding actress.

In 1961, Natalie launched her adult career in the movie ‘Splendor in the Grass.’ It was not easy for her to easily progress her adult career but she endured and managed. In the same year, she appeared in the love story ‘West Side Story’ which was borrowed from Shakespeare’s classic ‘Romeo and Juliet.’ She appeared in movies such as ‘Gypsy,’ ‘Love with the Proper Stranger’ and ‘The Great Race’ among so many movies in the 1960s.

In 1970, Natalie Wood got pregnant with her first child, Natasha Gregson, and went into semi-retirement. She was pregnant with Richard Gregson. In 1972, she appeared in the film ‘The Candidate.’ In 1973, she starred alongside Robert Wagner (her crush since she was young) in the movie ‘The Affair.’

In 1976, Natalie appeared in ‘Cat on a Hot Tin Roof’ alongside Robert Wagner and Laurence Olivier. She continued to appear in films such as ‘Switch,’ ‘Hart to Hart’, The Cracker Factory’ and ‘The Last Married Couple in America.’

Natalie Wood won the Most Talented Young Artist Award for the film ‘Tomorrow is Forever’ in 1946. In 1957, she was awarded the Golden Globe Award in New Star of the Year-Actress’ for ‘Rebel without a Cause.’ In 1964, she won the New York Film Critics Circle Awards in the category ‘Beat Actress’ for ‘Love with the Proper Stranger.’ Natalie Wood made a good name for herself before she lost her life tragically.

On November 29, 1981, Natalie Wood died in a drowning accident. She died while on a weekend road trip to Santa Catalina Island with her husband and Christopher Walken (co-star). Wood’s name is listed in the Hollywood Hall of Fame. She was buried in Westwood Village Memorial Park Cemetry.