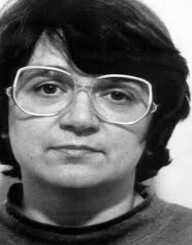 Rosemary West came to limelight for her serial killings of at least ten young women, and most of them were dismembered and buried in the cellar of her home on Cromwell Street.

Her horrendous doing were backed by her husband whom she married in the year 1972, and later the couple came to be regarded as the most horrifying couple and serial killers in U.K. including the killing of 2 young members from their own family for which she was also sentenced for life imprisonment. After his husband Fred West committed suicide in the year 1995, later she was found guilty of 10 murders separately.

Rosemary Pauline "Rose" West was born on 29th of November in the year 1953 in Devon, England. Her state of mind later years can be related to that of her parents as she was a difficult pregnancy because both her parents had a mental illness.

The therapy that her mother went through while she was pregnant did contribute to her performance in school which was usually a poor performance and instance of great aggression throughout her childhood.

Her behavior later on in her life was a complete reflection of the terrible childhood she had. Her parents, having a mental health condition did take a toll on her and her actions in both her teenage and adulthood.

Rosemary West even moved out of her family home but later returned after being intimate with a man whom she later married. This relation though was not accepted by her father as she got herself pregnant but had to deal with the same all alone as Fred West went to jail for theft and other charges. Rose later gave birth to a daughter in the year 1970 by the name of Heather.

Being a paranoid herself, Rosemary West regularly had outbursts of anger which were later associated to the pressure of not being able to handle three kids while still being a child herself and during this only, she murdered the eldest child of West, Charmaine in the year 1971. Later after the release of West, both of them even killed his first wife Rena and had her fingers and toes removed.

After a few years, both of them got married and even had a second daughter named Mae. Till then Rosemary West had started making some extra money as a prostitute and West committed acts of torture on young girls in the cellar of his house which was a torture chamber.

His first prey was his daughter Anna Marie whom he raped brutally and tortured her while she was being held down by his wife.

This behavior continued, and it was also extended outside family when the same was done to Caroline Owens who was engaged as a nanny but was later stripped and raped brutally. However, she managed to escape this trauma, but the charges could not be proved as she was so traumatized that she could not testify the same in court. Further during the same time, Rosemary West was also pregnant with their first son, Stephen.

However, this torture did not stop, and many young girls like Lynda Gough, Lucy Partington, Juanita Mott and many more became the victims of the West’s. This did not stop at the brutality itself, all of them were raped and later murdered brutally as well. All were also dismembered and then buried in the cellar under 25 Cromwell Street.

Rosemary West had several children, and it is believed that not all belonged to Fred West. Though the children were aware to some extent of the activities going on in the house the West’s exercised strict control over them.

The killer couple could not escape as they caught the eye of Detective Constable Hazel Savage who made the whole Cromwell Street under a search operation which led to their arrest. Only West alone was charged with 12 murders, and he later hung himself in the cell while awaiting trial, but the jury found Rose guilty of 10 separate counts unanimously and was later sentenced to life imprisonment without parole.