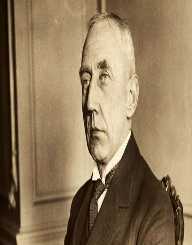 Roald Amundsen was a famous Norwegian explorer of polar regions. Born on July 16, 1872, he was the first to reach the South Pole on December 14, 1911, after leading the Antarctic expedition of 1910 to 1912. He was also the first to lead a ship voyage through the Northwest Passage in the Artic from 1903 to 1906 and also led an air expedition to the North Pole. He has since been recognized as the first person to reach both North and South Pole. Roald Amundsen disappeared with a plane he was in during a rescue mission for the airship Italia.

Roald Amundsen was born on July 16, 1872, I Borge, Norway to Jens Amundsen and Hanna Sahlqvist. He was the fourth son of the family who wasshipowners and captains. As his parents were both into maritime trade, her mother persuaded him to study medicine than joining them in the trade. Roald Amundsen honored her request and enrolled at the university to study medicine but quittedat age 21after her death. Immediately after quitting school, Roald Amundsen set for sails which have always been his passion. He was highly inspired by the likes of Fridtjof Nansen’s who crossed the Greenland in 1888 and then Sir John Franklin’s lost expedition in 1845.

Following his passion, Roald Amundsen joined the Belgian Antarctic Expeditionin 1897 led by Adrien de Gerlache. The expedition embarked with the ship, RV Belgica was the first to happen on the Antarctica in winter. Unfortunately, the ship got stuck by sea ice a 70°30′S of the Alexander Island, West Antarctic Peninsula. The crew faced lots of difficulties and had to feed on fresh meat provided by Frederick Cook, who was the doctor for the expedition. They endured the whole winter on there even though they did not prepare for such incident. This served as a great lesson to Roald Amundsen in his future expeditions. Amundsen later in 1903 led the first successful expedition across Canada’s Northwest Passage between the Pacific and the Atlantic oceans. The expedition which took three years saw Amundsen plan small expeditions with six men on a 45-ton fishing vessel.

They enroot passage like the Baffin Bay, Parry Channel and to the south through Peel Sound, James Ross Strait, and Rae Strait and spent two winters at the King Willian Island in the harbor of what is currently Gjoa Haven, Nunavut, Canada. Within this time he equipped himself with several invaluable skills on how to survive the Arctic from the local Netsilik Inuit. These skills later proved useful in his expedition to the South Pole. Some of the skills he learned include using dogs as a source of transport of good and wearing animal skins. The crew finally setoff and made it home in 1906.

After that successful expedition, Roald Amundsen set his eyes on the North Pole to explore the Arctic Basin. However, news broke that the Americans Frederick Cook and Robert Peary had already reached the North Pole, which affected his trip there. He then abandoned it to secretly explore the South Pole using the ship Fram, which was earlier used by Fridtjof Nansen. At that time Robert F. Scout had already planned to explore the South using that same ship. On June 3, 1910, Amundsen and his crew left Oslo for the Antarctic before informing Scott through a telegram. With the lessons learnt from his previous expeditions, he took along 54 dogs and four sledges for transportation and source of meat. On January 14, 1911, the team arrived at the eastern edge of Ross Ice Shelf’s inlet called Bay of Whales where Amundsen setup his base and named it Framheim.

The team first arrived at the edge of the Polar Plateau on November 21, 1911, and at the Pole on December 14, 1911, with 16 dogs. He then named their South Pole camp, Polhein or Home of the Pole. He also renamed the Antarctic Plateau as King Haakon VII’s Plateau. To notify other explorers that they have already made it there, they left a small tent with a letter of their accomplishment. They then set for Framheim and reached on January 25, 1912, with11 out of the 54 dogs.

Roald Amundsen in 1925 set his eyes on the North Pole even though there were claims it had already been explored by Frederick Cook and Robert Peary. He resolved to use a flying boat for this exploration so, therefore, gathered Lincoln Ellsworth, pilot Hjalmar Riiser-Larsen, and three others with two Dornier Do J flying boats to the N-24 and N-25, to 87° 44′ north. The N-24 got damaged and were left with the N-25 which the six used for the trip. They prepared an airstrip to take off from ice. In 1926 alongside 16 other members, including Lincoln Ellsworth, pilot Hjalmar Riiser-Larsen, Oscar Wisting and an Italian aircrew led by an aeronautical engineer, Umberto Nobile on the airship Norge, made the first air traverse of the Arctic. The team left Spitzbergen on May 11, 1926, and within two days landed in Alaska. They have since become the first documented explorers to have reached the North Pole. All claims by other explorers before are disputed and regarded as either fraud or dubious accuracy.

On June 18, 1928, Roald Amundsen alongside other five crew member flying on a rescue mission to the Arctic disappeared. The other members included Norwegian pilot Leif Dietrichson, French pilot Rene Guilbaud and three other French nationals were flying on the French Latham 47. The six-member crews were to rescue missing members of the Nobile’s crews who had their airship Italia crash while returning from the North Pole. Amundsen plane is believed to have crashed in the Barents Sea and supposedly died shortly afterward. Their remains have not been found till date, but parts of the plane including the wing float and gasoline tank were found near the Tromso coast. A search for their bodies was abandon by the Norwegian government in September 1928. He was never married although there are claims that he had some relationships during his explorations.

Roald Amundsen has been honored in diverse ways including being named after several places like the Amundsen Sea off the coast of Antarctica,  Amundsen Basin, abyssal plain in the Arctic Ocean and Mount Amundsen in Antarctic among several others. He was awarded the Hans Egede Medal by the Royal Danish Geographical Society in 1925.