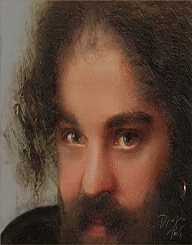 Croatian writer Miljenko Jergovic was born on the 28 May 1966 in Sarajevo in what was then Yugoslavia. While still a student he began contributing to literary magazines and found a readership.

After his high schooling in enrolled at Sarajevo University and obtained a masters degree in literature.

In 1993 Miljenko Jergovic moved to Zagreb, Croatia where he still resides. His readership extends beyond Croatia. His books have been translated into English and have found a market in the United States and elsewhere.

His first novel was published in Warsaw Observatory in 1988. This was followed in 1992 by his second novel, Himmel Comando as well as a poetry collection. In 1994 he published a book of short stories, Sarajevski Marlboro, which have been widely translated. Throughout the 1990s he continued writing including articles, essays, and poetry. His 1999 short story collection, Mama Leone, was translated into Italian. In 2003 he published Dvori od Oraha, a historical novel. As an established writer he continues to produce novels, short stories and contribute towards journalism.

Literary awards Miljenko Jergovic has won include the Goran Award for Poetry in 1988, the Croatian Veselko Tenzera Journalism Award (1991) and the Italian Premio Grinzane Cavour (2003) for the best foreign book. In 2003 he also won the Writers Association of Bosnia and Herzegovina’s annual award.