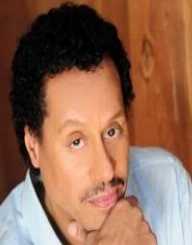 Lawrence ‘Larry’ Dunn was born on June 19, 1953. He is an American musical director and keyboardist. He is also one of the original members of the music group ‘Earth, Wind, and Fire.’ In 2000, he was inducted into the Rock and Roll Hall of Fame together with his group mates.

When he was a teenager, he began playing keyboards in a band that he had joined. The group later split, and Phillip Bailey who was a member of the band and singer moved to Los Angeles, California.

In Los Angeles, Phillip joined the music group ‘Earth, Wind, and Fire.’ The band was in need of a keyboardist do Phillip recommended Larry Dunn. In 1972, Larry moved to Los Angeles and became a member of the band.

In the band, Larry Dunn played the keyboards, piano, organ, and synthesizer. He also became the musical director of the group for some time. In 1973, they released their first album ‘Head to the Sky’ which was a success. In 1975, they released their second album titled ‘That’s the Way of the World’ which garnered massive success with the hit ‘Shining Star.’

Larry Dunn produced and wrote his songs. He mostly wrote songs for television commercials and films in Japan. In 1992, he released his first solo album ‘Lover’s Silhouette.' In 2011, he participated in a concert that celebrated the 40th Anniversary of the band ‘Earth, Wind and Fire.’ In 2013, he contributed to the band’s album ‘Now, Then and Forever.’ In 2011, he released his second solo album titled ‘N2 the Journey’.