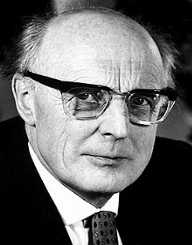 After completing his doctorate, Jensen joined the Institute for Theoretical Physics at the University of Hamburg as a scientific assistant. In 1935 he was awarded a D.Sc at Hamburg and in 1937, he began working with Paul Harteck and Wilhelm Groth in the Physical Chemistry Department at Hamburg University. Harteck, the department head, was an advisor to the German Army Ordnance Office. Their work was primarily to do with explosives, and in 1939, the Reich Ministry of War was approached by Harteck to advise them on the possible military use of nuclear chain reactions. The Uranium Club as it became known, was then placed under the German military co-incidentally starting on the day that Germany invaded Poland and WW II started.

In 1941, Jensen was appointed Professor of Theoretical Physics at the Technische Hochschule in Hanover.  In 1949, he became Professor at the University of Heidelberg, and emeritus praecox in 1969.

Jensen was awarded the Nobel Prize in Physics in 1963 for work he did with Marie Goeppert-Mayer on a plan for a nuclear shell model. In 1964 he was awarded an honorary doctorate from the University of Hanover

Johannes Hans Daniel Jensen died in Heidelberg Germany in 1973. He never married and left no descendants.

As a young scientist Jensen was caught up in Hitler’s Germany and to progress in his career, he was obliged to join the National Socialist German University Lecturers League. He became a member of the league for three years, and after the war, he had to justify his position. Werner Karl Heisenberg came out in support of Jensen claiming that he had only joined the league only to advance his academic career. Heisenberg's support enabled Jensen to obtain a Persilschein, basically a character reference.

Despite his involvement in the Uranium Project and membership of the league, after the war, Jensen was welcome in the United States, and he was a visiting professor at the University of Wisconsin–Madison, the Institute for Advanced Study, University of California, Berkeley, Indiana University, and the California Institute of Technology.

Jensen co-authored the book Elementary Theory of Nuclear Shell Structure with American scientist Maria Goeppert-Mayer. The book was based on Jensen’s 1949 nuclear shell research and the proposed model that he worked on with Goeppert-Mayer which resulted in the pair winning the 1963 Nobel Prize in Physics.