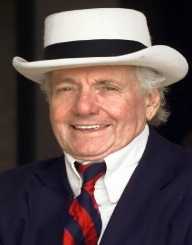 William Blount then won elections to become one of the two US senators from Tennessee in 1796. In 1797, he was expelled from the US Senate after his conspiracy with Great Britain to seize Spanish controlled Louisiana was exposed, becoming the first federal officer to be impeached. Blount started a career as a land speculator before venturing into politics to serving in the New Bern House of Commons and later as a North Carolina legislature from 1783.

William Blount was born on March 26, 1749, at Windsor in Bertie County, North Carolina to Jacob Blount and Barbara Gray Blount. His father was into different businesses including raising livestock, operated a mill, produced turpentine, and a land speculator among others.

His father earned thousands of acres of land through land speculations, which inspired young Blount’s future career as a land speculator. Young Blount received less formal education as he was mostly involved in his father’s business.

During the American Revolution, the Blount family contributed to the cause of the Patriot, and they would benefit financially and politically from this service. William Blount served as paymaster for the New Bern District militia in May 1776.

William Blount was later appointed the paymaster of the 3rd North Carolina Regiment in December 1776 and was removed in November 1777. Blount returned to the post in April 1778. From 1780, he served as the official commissary to General Horatio Gates, commander of the southern colonial forces. He witnessed Gate’s defeats at the Battle of Camden.

William Blount started his political career by contesting the seat of New Bern at the House of Commons in 1779. He, however, lost to Richard Dobbs Spaight. The determined Blount was able to convince electorial officials that the election was fraud, leading to its cancellation. He reran for the seat and won. He was sworn into the House in January 1781.

The following year, William Blount was elected as one of the four delegates from North Carolina to the Continental Congress. While there, he contributed to the defeat of the liquor and poll tax, opposed the reduction of the army. He resigned from the Congress on April 1783 to serve on the North Carolina House of Commons steering committee. In 1785, he was elected to the Continental Congress.

William Blount was one of the five delegates that represented North Carolina at the Constitutional Convention in 1787 and eventually became one of the signers of the United States Constitution. In November 1789, he successfully campaigned for the rectification of the constitution.

The following month the North Carolina legislature voted to cede all trans-Appalachian lands to the new federal government. After the creation of the Southwest Territory in May 1790, President George Washington appointed William Blount as the governor a month later becoming the first and last governor for the territory until it became the State of Tennessee.

William Blount named the capital of the territory Knoxville after the United States Secretary of War Henry Knox. After the region became the Tennessee state, in 1796, he was elected one of the two representatives of the state at the United States Senate.

The Blount Conspiracy and later Career

The US Senate impeached William Blount for his role in a conspiracy to allow Britain gain control of the Spanish-controlled Louisiana and Florida in 1797. The plot was to enable American merchants to gain access to the New Orleans and the Mississippi River.

However, the conspiracy came to the notice of the secretary of war Timothy Pickering, through a letter Blount had written highlighting the intended plot. Pickering who at the time was in bad terms with Blount gave the message to President John Adam. After determining that the plan was a crime, President Adams sent the letter to the Senate for an impeachment procedure.

The impeachment procedure went through, and with a vote of 25 to 1, he was removed from Senate. Blount flew to Tennessee to escape trial. However, after several witnesses, the Senate voted 14 to 11 on January 30, 1798, to dismiss the impeachment proceedings because the process did not extend to senators.

Back in Tennessee, William Blount was still very popular and was given a triumphant welcome. He won elections to the Knox County state senate in October 1798. He became the speaker of the Senate on December 3, 1798, serving until his death.

In 1778, William Blount married Mary Grainger. The couple had six children, Ann, Mary, Barbara Louisa, William Grainger, Eliza, and Richard Blackledge. William Grainger Blount served in the US House of Representatives from Tennessee from 1815 to 1819. William Blount died on March 21, 1800, and was interred at the First Presbyterian Church Cemetery in Knoxville.