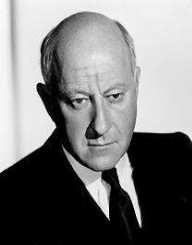 Cecil Blount DeMille, an American Filmmaker, recognized as the founding father of cinema of the United States, was born on August 12, 1881, in Ashfield, Massachusetts, United States of America. His father Henry Churchill de Mille, a North Carolina-born dramatist and a lay reader in the Episcopal Church and his mother Matilda Beatrice DeMille were vacationing in Ashfield area when Cecil was born. He grew up in Washington, North Carolina. His father started his career as a playwright, writing his first play at the age of 15. His mother hailed from a German-Jewish ancestry and got emigrated from England in 1871 along with her family at the age of 18.

Both the parents of Cecil Blount DeMille became members of the music and literary society in New York in the course of time and met each other there. Soon, their common interests and love for theater converted to love for each other, and they eventually got married to each other. Henry worked as a playwright and was a faculty member of the American Academy of Dramatic Arts in its initial days. Unfortunately, in 1893, Henry contracted Typhoid fever and died at the premature age of 40, leaving his wife with three children and without any savings.

Cecil Blount DeMille's mother Beatrice opened an acting workshop at her home soon after the untimely demise of Henry. The studio was opened within eight weeks of Henry’s death and was named Henry C. De Mille School for Girls after his memory. Beatrice later worked with Broadway as the only second female play broker.

Cecil DeMille enrolled at the Pennsylvania Military College in Chester, Pennsylvania at the age of 15 and completed his graduation from the institute in 1898. DeMille and his brother William Churchill DeMille attended the American Academy of Dramatic Arts on scholarship and graduated from there. The institute later honored Cecil DeMille with an Alumni Achievement Award.

In 1900, Cecil Blount DeMille started his career as a stage actor. He later shifted to writing and directing theatre productions. His acting debut came in the play ‘Hearts Are Trumps’ produced by the theatrical company of Charles Frohman on Broadway stage. ‘Alice of Old Vincennes,’ ‘Lord Chumley’ and ‘The Prince Chap’ are the few other stage productions where he acted during this period.

However, success was hard to come by, and Cecil Blount DeMille had to be content with the tag of the brother of upcoming playwright William in the professional circle, occasionally working and collaborating with him, sometimes working jointly with theatrical director-producer, impresario, and playwright David Belasco, an acquaintance of their father.

Cecil Blount DeMille's theatrical production ‘Reckless Age’ was a success. However, his struggle for sustaining his family continued for a few more years. In July 1913, he co-founded ‘Jesse L. Lasky Feature Play Company’ along with Jesse Lasky, Sam Goldfish (Samuel Goldwyn) and some other East Coast businessmen. His first film, a silent western drama ‘The Squaw Man,’ was released on February 12, 1914, in the United States.

Cecil Blount DeMille co-directed the film with Oscar Apfel and shot the film in a Hollywood barn deviating from the practice of shooting at regular standard locations. He also made the movie of 74 minutes duration instead of the proclaimed stipulation of 20 minutes making it the first feature length film shot in Hollywood. The interracial love story was a runaway success, instrumental in establishing the Lasky Company and putting Hollywood on the world map of show business.

Riding the wave of success after the release of ‘The Squaw Man,’ DeMille went on to produce some more famous silent hit films. Some of them are, ‘The Warrens of Virginia’ (1915), ‘The Ten Commandments’ (1923), ‘The King of Kings’ (1927) and ‘The Godless Girl’ (1929). The continued success of his films helped DeMille to establish ‘Paramount Pictures,’ a film production company, partnering Lasky and Adolph Zukor.

With a string of successful silent films, Cecil Blount DeMille garnered immense financial benefits. His first biblical epic ‘The Ten Commandments’ (1923) held the record of revenue collection for the next 25 years. With substantial earnings from his film production company, DeMille ventured into the other field of business as well, launching the first commercial airliner of the United States, ‘Mercury Aviation Company’ and also working as an executive in Bank of America. His bank job facilitated filmmakers for loan approval.

Cecil Blount DeMille effortlessly crossed over to the era of talkies ending the period of silent films after the innovation of talking movies in 1928. His addition of microphone boom, soundproof camera blimp and the popularization of the camera crane were some of the most impressive developments of the sound film era. DeMille found unprecedented success in the sound film era as well.

Cecil Blount DeMille's films were remarkable for their grandeur, enormous magnitude of scale and extravagant cinematic showmanship. He used thousands of extras and strikingly gorgeous set pieces to make movies of epic proportion. Some of his most distinguished films of the sound era are, ‘Union Pacific’ (1939), ‘Samson and Delilah’ (1949) and ‘The Greatest Show on Earth’ (1952). His last and most famous film ‘The Ten Commandments’ (1956), a partial remake of the 1923 silent film of the same name, is the all-time seventh highest grossing film of the world after the effect of inflation is considered.

Cecil Blount DeMille's 1953 film ‘The Greatest Show on Earth’ received an Academy Award in the Best Picture category. He earned the Golden Globe Award as Best Director for the same film.

Cecil Blount DeMille was honored with Lifetime Achievement Award by the Directors Guild of America Award in 1953. He is recognized as the most commercially successful producer-director in film history.

Cecil DeMille married his ‘Hearts Are Trumps’ co-star Constance Adams on August 16, 1902. Among the four children they had, one is their biological daughter, two adopted sons, and one adopted daughter.

Cecil Blount DeMille died of heart failure on January 21, 1959, in Hollywood, California at the age of 77. His funeral service was held at St. Stephen’s Episcopal Church on January 23 and his mortal remains were entombed at the Hollywood Memorial Cemetery (presently known as Hollywood Forever).