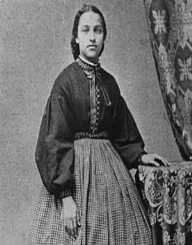 Mary Jane Patterson was born into a slave family in 1840. Her parents were Henry Ervin and Emeline Eliza Patterson. At the time of her birth, her parents lived in Raleigh in North Carolina. Mary Jane had three other siblings, two sisters and a brother. It is unclear how her father broke out of slavery in 1852. But after his freedom, he migrated with his a family to Oberlin in Ohio. To supplement his earnings as a stone mason, her father offered boarding facilities for black students for a fee.

Many black families settled in Oberlin since it had one of the fairest school education systems then. Several schools offered mixed education system. Boys and girls learned in the same educational institution.

In Oberlin, Patterson went to high school and graduated with good grades. She attended the pre-university program for one year in 1857. After passing the pre-college exams she enrolled for a course at Oberlin College. Most people expected her to join the normal two-year program reserved for women and get a diploma certification. Instead, she went for the four-year program that was mainly the domain reserved for men. Patterson graduated with a degree in Arts four years later. She had made history. She became the first African American to graduate with a university degree in the USA.

In 1863, she got her first job as a teacher at a school in southern Ohio. Patterson left the school after one year of service. The following year she migrated to Pennsylvania. From 1864, she worked as a teacher at the Institute for Colored Youth. Her service at the school lasted for five years. Then in 1869, Patterson relocated to the US capital Washington DC. She was hired to teach at the Preparatory High School for Colored Youth. The school later changed its name twice. It became M Street High School, and later it was renamed Dunbar High School.

With two years of service at the school and several years of her teaching experience, Patterson was promoted to be the Principal. She headed the institution for a year, before being replaced. She was replaced by another African America scholar Richard Greener. Greener was a graduate of the prestigious Harvard University. Her perceived demotion never lasted for long. One year later, Greener left the institution. Mary Patterson was reinstated to the position of principal of Dunbar High School. Her tenure at the school ended with her resigning in 1884. She continued to offer her service in the education sector until her death.

She had an illustrious career in dealing with the young. Ironically she got married in her life. Her two sisters also never got married. Whether by choice or default, all the Patterson siblings went through Oberlin College, graduating with degrees. They all became teachers in their lives.

Patterson was credited with being the first black woman to graduate with a degree. Under her watch, Dunbar was elevated from a junior school to an institution that gave a fully-fledged secondary education. She was instrumental in the introduction of a teacher training program at the Dunbar school.

Education was not the only thing that Patterson involved herself with. She was also a civil rights activist. Patterson was involved in the formation of the Colored Women’s League. This was a body that advocated for the African American women’s civil liberties and advancement.

In her retirement, she was appreciated for her devotion to aid the homes of the aged in Washington DC. Patterson also used her own savings to help sponsor needy black students to gain meaningful trade skills for their advancement in life.

The neighborhood of 1532 15th Street woke up to the shocking news. Mary Jane Patterson was dead She passed on September 24, 1894, in Washington DC.

Her service to the black community was immense. She was a pioneer scholar of great reputation. Even when the education system thought that she should be replaced as the principal by a man, she never gave up. Her bigger picture was to help other black people make it in life as she did.

In the annals of history, Mary Jane Patterson will always be the girl who rose from slavery to a university graduate and principal; of a fully-fledged high school.

Her house in Washington DC was declared a heritage site by the US government.