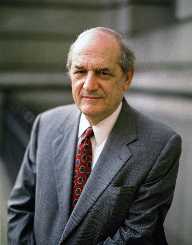 Steven Hill was an American film actor, who has acted on Broadway and has acted in a number of films. He was part of the Golden Age of TV drama and has acted alongside veteran actors. He died on August 23, 2016, in Monsey, New York at the age of 94.

Hill had two marriages in the course of his life. The first is in 1951 to Selma Stern. Together, the couple brought forth 4 children and their marriage lasted for 13 years before they decided to part ways in 1964. He got married for a second time in 1967 to his wife Rachel where the couple had 5 children together.

Born on February 24, 1922, in Seattle, Washington as Solomon Krakovsky, his parents were Russian immigrants of Jewish origins. He attended West Seattle High School where he graduated in 1940 before enlisting in the military and serving under the United States Naval Reserve for 4 years. After his service, he relocated to New York to pursue his passion for acting.

In due time, he was landed a job and made his acting debut on Broadway in 1946 on the play entitled A Flags is Born by Ben Hecht. His big break caught the eyes of producers and directors alike but it landed him a small role on his next project, another Broadway show called Mister Roberts. In fact, his acting skills impressed the director of the said play, Joshua Logan, and even encouraged Hill to improvise his own script.

A year later in 1947, he became a part of Actors Studio, along with Montgomery Clift, Marlon Brando, and Julie Harris who were lucky enough to enter the roster of 50 applicants out of the 700 people who applied.

His film debut happened in 1950 where he landed a role in the movie entitled A Lady Without Passport. Shortly after completing the movie’s shooting, he enlisted once again in 1952 in the US Navy for a period of 2 years and ultimately went back to focus on acting.

At the start of the 1960s, TV drama was gaining more popularity and attention and was even called the Golden Age. Hill managed to become a household regular by landing a role in 1960 drama entitled The Trial of Sacco and Vanzetti where he took on the role of Bartolomeo Vanzetti. He also landed the role of Sigmund Freud in the Broadway production of A Far Country by Henry Denker in 1961.

By 1965, Hill established his own production company and a year later in 1966, he starred as Daniel Briggs, one of the original characters in the action-packed series Mission Impossible. A little later, he put a stop to his acting and instead went on and became a real estate agent and focused on his religion in Rockland County, New York.

He returned to acting by the 1980s and even landed a role as veteran actress Meryl Streep’s father in the film Heartburn as well as Christine Lahti’s father in the 1988 movie Empty.

During the late 90s, he landed one of his memorable roles in TV drama as District Attorney Adam Schiff from 1990 to 2000 in the NBC drama entitled Law & Order.