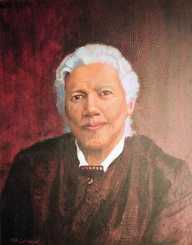 Harriet Ann Jacobs was born on 11th February 1813, to Elijah Knox and Delilah Horniblow. She was born in Edenton, North Carolina, in the United States.

Delilah died in 1819 when Jacobs was six years old. She then lived with Margaret Horniblow, the owner of Delilah. Horniblow educated Jacobs by teaching her to read and write and to sew.

When Horniblow died, a man by the name of Dr. James Norcom became Jacobs's master. He sexually abused Jacobs when she was a child. When she grew older, she had two children with a free white solicitor named Sawyer. Norcom said he would sell the children if Jacobs didn't succumb to his sexual advances. Jacobs continued to dodge him.

In 1835, Jacobs escaped, hiding in several places to avoid capture.

In 1842, Jacobs escaped on a boat to the North. She landed in Philadelphia, Pennsylvania. Meanwhile, Sawyer purchased their children from Norcom. Sawyer never freed the children, but he allowed them to live with Jacobs's grandmother.

Once she was in Philadelphia, she had friends who assisted in getting her to New York. She arrived in 1845. In New York, Jacobs reunited with one of her daughters who was working there.

Mary Stace Willis employed Jacobs, but Willis died in 1845. Jacobs assisted Mary's widower and his daughter. She visited England with them and was refreshed to find no prejudice against colored people while she was there.

Jacobs then went to Boston where she stayed for just under a year. She lived with her brother, John, and her daughter and son.

In 1849, Jacobs moved to Rochester where her brother was. She met Amy Post, a local Quaker, and abolitionist. Jacobs joined the American Anti-Slavery Society, and she became politically inclined in the process.

The Fugitive Slave Act passed in 1850. The Act encouraged the capture of slaves who had escaped, and this included both Jacobs and her brother.

Jacobs and John moved to New York City, and shortly after, John moved again, this time to California.

Willis's second wife, Cornelia, paid for Jacobs's freedom without her knowledge, and Jacobs then went back to New York.

At the suggestion of Amy Post, in 1853, Jacobs wrote her memoirs.

She came close to a publishing deal which then fell through. In 1860, however, she signed a contract with Thayer and Eldridge. She published her work in 1861.

That same year, seven states seceded from the Union. Jacobs and her editor were busily trying to promote and sell the book during this period.

Her brother, John, was living in England. He didn't want to return to the States until it abolished slavery. Jacobs's book sold more copies in England than it did in the U.S.

Jacobs started to lecture, and her book became a significant work of literature in England.

She started working with slaves that had been freed and were poor. She worked to support them, and she found funding for supplies. Jacobs helped set up schools, as well as getting buildings like hospital, schools, and churches built.

Over the next few years, Jacobs worked tirelessly for her people. She raised money, ran a school, and continued to work towards lifting the living standard of blacks.

Jacobs slowed down as she aged. She died in 1897, but her daughter had taken up the cause in her mother's place.