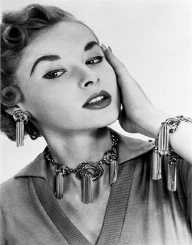 Elsa Luisa Maria Schiaparelli was born on 10th September 1890, to Celestino and Maria-Luisa Schiaparelli. She was born in Rome, in the Kingdom of Italy. Her parents were cultured and educated, with her father specializing in the period of the Middle Ages and medieval manuscripts. Her brother was an astronomer, and she also had a relative who was a famous Egyptologist as well as a museum curator.

Her sense of adventure led Schiaparelli to accept work in an English country house looking after orphans, but the job didn’t suit her, so she went to Paris for a short while rather than go back home to Rome.

Elsa Schiaparelli’s parents were trying to get her to marry a young wealthy Russian they liked, but she had no intention of being tied down with someone she had no feelings for. She subsequently went to London to get away from the whole situation.

In London, She went to a lecture on theosophy where she met the lecturer, Willem de Wendt, most commonly known as a charlatan who pretended to have psychic abilities. They announced their engagement the next day, and they were married in July 1914.

Migration to the U.S.

The young couple lived off a dowry from her wealthy parents, as de Wendt tried to make a living from his self-promotion with Schiaparelli helping him. In 1915 they moved to Europe after de Wendt was deported from England. In 1916, still very poor and with no prospects, they went to the United States. They landed in New York, and they were now known as the de Kerlors. Once again, they tried to promote de Kerlor, but his questionable business activities brought him scrutiny from the Bureau of Investigation (BOI).

The BOI thought de Kerlor might be sympathizing with the Germans during the war, and his association with certain journalists only strengthened their beliefs. In 1918, Elsa Schiaparelli and her husband moved to Boston to try and escape the relentless attention from the BOI. They had a couple of close brushes with the BOI but ultimately escaped prosecution.

In 1920, they had a daughter, Maria, who became known as Gogo. In 1921, Gogo was diagnosed with polio. As de Kerlor had deserted mother and daughter, She had her daughter’s surname changed to her own in case de Kerlor tried to gain custody at any stage.

Elsa Schiaparelli had a close friend in New York who was part of a creative group of members in the Surrealist movement, and She soon became involved with the group. She started a relationship with one of them, Mario Laurenti, but Laurenti died in 1922. In 1924, de Kerlor and Schiaparelli divorced.

In 1922, Elsa Schiaparelli relocated to France, as did most of her creative friends. She was also able to call on her affluent family connections, and she was soon mixing in the best social groups in France. Schiaparelli was introduced to a couturier named Paul Poiret, and he was her early influence when it came to clothes designing. Although Schiaparelli had no formal training, she used her intuition and let her instinct guide her.

Poiret encouraged Schiaparelli to start her own business. She received positive reviews, and following her debut collection in 1926, she released a knitwear collection in 1927. This was followed with swimwear, ski outfits, and dresses.

In 1931, Elsa Schiaparelliexpanded into evening wear, which proved a huge success. She continued successfully until the Second World War, and she then moved to New York City to escape the fighting. She returned to Europe after the war, but she found it difficult to adapt to the changing fashion, and she closed the House of Schiaparelli in 1954.

She designed many “firsts” in her fashion business, including the wrap dress, divided skirt, and zippers that showed. She expanded into jewelry for several years, and She was also known for collaborating with artists to design some of her garments. Some of her most well-known pieces were from artist collaboration including the lobster dress, the tears dress, and the skeleton dress.

Elsa Schiaparelli was the noted designer for several movies, including dressing Zsa Zsa Gabor and Mae West. She also released eight perfumes between 1934 and 1948.

She wrote her autobiography in 1954 and then retired. On 13th November 1973, Schiaparelli was announced dead.