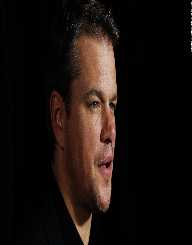 Matt Damon was born in October 1970 and on the 8th day of October. Nancy Carlson-Paige and Kent Tefler Damon were his parents and they made their home in Cambridge city, Massachusetts. He also had an older brother who was called Kyle.

His parents however separated when he was just a toddler and this made him to live without his father, henceforth. Ben Affleck is his childhood mate. He schooled at Cambridge Alternative School which was later renamed Graham and Parks Academy. He also attended Cambridge Rindge as well as a Latin School. For tertiary education, he attended Harvard University briefly but did not conclude his term there. He went after his acting dreams thereafter.

While in the university, he starred in films like “School Ties” and “Rising Sun”

Matt Damon started off with a couple of minor roles in plays like “Burn This Winthrop House”. His first film was to come in 1988 on the set of “Mystic Pizza”, and this was the herald of his acting career on the big screen.

His role in “Geronimo: An American Legend” was in 1993 and not much was known of what he did till 1996 when he showed up in “Courage Under Fire”.

This role opened him up for industry reviews and there was no doubt that he was welcomed with open arms thereafter.

He huddled up with his childhood buddy, Ben Affleck in 1997 for “Good Will Hunting” and got rave reviews. This effectively established Matt as a Hollywood name as his screenplay was a center of attraction.

Other films like “Chasing Amy” and “The Rainmaker” were to follow suit. He did an encore in the next year with “Rounders” and the acclaimed “Saving Private Ryan”

Films like “All the Pretty Horses” as well as “The Legend of Bagger Vance” followed up in the next few years of his craft. He opened 2001 with his role in the chartbuster, “Ocean’s Eleven”. .He reprised his role in the subsequent two sequels.

Matt Damon got an Oscars to his name for the performance in “Good Will Hunting” and this can be understood as the film was a huge hit. The screenplay was remarkable and it is on that basis that he shared the honors with Affleck.

He was showed up on the set of many other films since then and has produced a couple of others. As the roles earned him money and fame, he also turned to philanthropy. ONE campaign, Red Cross, and UNICEF are some of the causes and organizations he as allied with over the years to give back to society and the world.

His big moment of awakening came with his visit to disadvantaged parts of Africa in 2006. It was here that he understood the linkages between access to clean water and perpetuation of misery.  He launched H2O Africa, as a front to meet the water supply gap across the Sahara.

In 2013, Matt Damon got recognition from his former school when he was honored with the “Harvard Arts Medal” by Harvard University.

His part in “The Bourne Identity”, which was released in 2002 and the subsequent sequels, are some of his most iconic roles so far. His role in five part series of the Bourne theme no doubt earned Matt Damon a global acclaim.

The Ocean’sEleven, Ocean’s Twelve and Ocean’s Thirteen roles are also monuments that Matt Damon will be long associated as the years roll by.

His well – taken roles in “Saving Private Ryan” and “Chasing Amy” are also unforgettable. They spotlight the skills and demeanor of this actor who has a runaway reputation, distinctive élan, fame, and success.

Matt Damon cuts the image of a physically imposing celebrity and this is without a shadow of a doubt. He comes with his steely blue eyes and has turned out to be one actor; the world can’t see enough of yet.

He got a star in the “Hollywood Walk of Fame” in 2007 and in the month of July. He was also named the 2007 version of the “Sexiest Man Alive”. This was on a note of the People Magazine franchise.  He surely matches up the frame of a man you want to see as the leading act in any movie.

His appearance in Sarah Silverman’s music video of humorous slant was one that gave him loads of attention in the month of January 2008. The theme of the skit was one that Sarah slanted to portray a sexual affair with Matt Damon. The skit enjoyed airplay on the Jimmy Kimmel show.

It was also noticeable that Matt Damon got into video gags rivalry with Jimmy Kimmel as their portrayals have enjoyed Internet popularity.

Matt Damon portrays himself as one who works 15 hours a day when there is a movie at hand. Otherwise, he enjoys time with his family and lives life to the full.

In December 2005, Matt Damon got married to Luciana Bozán Barroso in December 2005. They had a courtship over a two-year period. They have three children, all girls. Matt also has a step-daughter, who was born to his partner’s former husband.