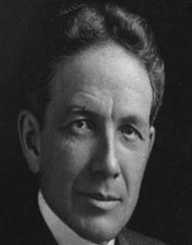 William Crapo "Billy" Durant was born on December 8th, in 1861. He is best remembered for being among the pioneers of the U.S. automobile industry. He is also recognized as a co-founder of GM (General Motors). He partnered with Frederic L. Smith to establish GM. Also, he teamed up with Louis Chevrolet to establish Chevrolet.

William C. Durant was born on December 8th, in 1861. His place of birth was in Boston, Massachusetts. He was the son of Rebecca Crapo and William Clark Durant. His mother was born from a wealthy family. While in high school, William abandoned school with the intentions of working with his grandfather.

Later, in 1886, he teamed up with Josiah Dallas to establish Flint Road Cart Company. The business thrived as he initially used $2, 000 to establish it and ultimately the business was worth around $2 million.

His other partnership business, the Durant-Dort Carriage Company stood as the leading manufacturer of vehicles driven by horses. In 1900, the company was the largest manufacturer of such vehicles in the United States.

William C. Durant was by far a millionaire due to his booming business. Therefore, in late 1904, he sorted to help Buick Motor Company from its troubles as it was about to collapse. In four years under his control, the company became one of the leading sellers of automobiles in America. It had outdone big players in the market such as Cadillac, Oldsmobile and Ford Motor Company.

After having control of Buick for several years, William C. Durant dreamt of establishing a large company that would reach the global market with different makes of cars. In September 16th, 1908, he established General Motors. A year later, the company purchased Oldsmobile and Cadillac. Besides this, the company also acquired other smaller companies.

Unfortunately, following many acquisitions that William made, GM ran out of cash. Consequently, William was pushed out of the company by a number of bankers.