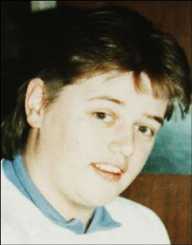 Beverly Allitt was an English nurse who murdered four children and attempted to kill another three children during a spate of attacks in a two-month spree in 1991.

Beverly Allitt was born in Corby Glen, England on 4 October 1968. Her mother worked as a cleaner at the local school and her father worked at an off-licence. She had three siblings, two sisters and a brother. She was a poor student, she failed exams to enter Kesteven and Grantham Girls’ School. She instead attended Charles Read Secondary Modern School, but dropped out at the age of sixteen. She took work as a baby sitter while also studying on a course to become a nurse. As a youth it was noted that Allitt was an attention seeking individual who became increasingly violent. She became fascinated by hospitals and often wrapped herself in bandages for unconfirmed injuries. She would constantly change doctors as they learned to identify her as simply seeking attention.

Allitt succeeded in having her appendix removed and ensured her scar healed slowly by not caring for it. While training as a nurse a number of bizarre incidents were attributed to her, including the smearing of faeces on the walls of a nursing home. She was frequently absent, citing a number of illnesses and ailments. She repeatedly failed her exams, but still managed to obtain a temporary contract at Grantham and Kesteven Hospital in 1991.

Allitt’s first victim was a seven-week-old child named Liam Taylor. Taylor was admitted with a chest infection. Allitt was repeatedly left alone with the child whose condition worsened, and the child died. Allitt was never questioned, and Taylor was said to have died of heart failure. Her second victim was an eleven-year-old cerebral palsy sufferer by the name of Timothy Hardwick. A third victim Kayley Desmond was resuscitated after going into cardiac arrest and transferred hospitals and recovered. A further three children suffered from cardiac issues or high insulin despite being admitted with unrelated illnesses. Despite the incidents occurring in a small time frame and Allitt being the common denominator in all incidences, no suspicion was raised.

Allitt next attempted to murder twins Becky and Katie Phillips. Becky died while under Allitt’s care, but her sister Katie, who was admitted following her sister’s death, survived Allitt’s attempt on her life. Katie Phillips suffered permanent brain damage and partial blindness as a result of insulin and potassium overdose. Believing Allitt had saved their child, Katie Phillips’ parents invited Allitt to be Katie’s godmother. Allitt’s final victim was Claire Peck. Peck suffered a cardiac arrest after being left alone with Allitt. She was resuscitated but then left in Allitt’s care again. She again went into cardiac arrest and died. Although it was declared death by natural causes, the high quantity of cardiac arrests amongst patients with unrelated illnesses finally raised suspicion, and an inquiry began. High levels of potassium were found in Peck’s blood, and police began to investigate the blood samples of the other children who had suffered cardiac arrests. After ruling out the possibility of an airborne virus, it was found that Allitt was the only common denominator.

Allitt was arrested on 26 July 1991, over four months after the first murder. Allitt denied any wrongdoing, but missing hospital logs were found in her home. Allitt was charged with the murder of four children and a further eleven counts of causing grievous bodily harm. She pleaded not guilty but was sentenced to thirteen concurrent terms of life imprisonment. Her minimum sentence is for thirty years which will see her serve jail time until at least 2022.