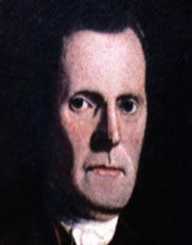 Roger Sherman was one of the greatest men in early America. He was a statesman, a lawyer, and a Founding Father of the United States. Roger Sherman played a significant role as a Connecticut statesman. He was amongst the few persons who signed not only the Continental Association for America but also the Declaration of Independence and most importantly the constitution of the United States as well. He started his career as a judge but later shifted to politics where he served in the various posts and also became a part of Continental Congress.

Roger Sherman was born on 19th of April in the year 1721 in Newton, Massachusetts which is situated near Boston. He was born to William and Mehetabel Sherman and was amongst the seven children in the family. He was born into a small farm family where he could not get any formal education, and his education was limited to his father’s library and his grammar school.

His family had moved to Dorchester which is now referred to Stoughton when he was just two years old. His entire childhood went doing farming and also learning the art of show making. He could not receive any formal education, and from his childhood only he had the knack of learning and reading.

After the death of his father, he moved to New Milford in the year 1743 where he went with his family and became a land Surveyor and also a Merchant.

After moving to New Milford, Roger Sherman started studying law for the next two years and later got admitted into the bar 1754. Throughout his career, he had held several public offices where he served numerous terms from 1755 to 1766 in the Connecticut legislature. He even became a justice of the peace in the year 1755 and then rose to serve as a judge of the superior court.

In the later years as well he made a shift from New Milford to New Haven where he ran two stores, and he also got enrolled with the Yale College. Roger held the post of a Treasurer very aptly from the year 1765 to the year 1776 in the Yale College. For his contribution as a treasurer of the Yale University, he was also awarded an honorary Masters of Arts degree. While playing the same role, he even developed the interest in writing and also published almanacs which included some valuable information about astronomy, religion, and weather.

The role played by Roger Sherman towards the independence of the United States from the British rule was just amazing. He led some important initiatives towards autonomy. As stated earlier, he has served in the Continental Congress for the year 1774 to 1781 and also for 1783 to 1784. He was amongst the people who helped in not only framing the Declaration of Independence and also the Articles of Confederation but signed both the important documents as well to authenticate the same. The first important step signed by Sherman was the Continental Association thereby creating a trade boycott against Great Britain.

Roger Sherman even served as the mayor of New Haven and many such vital positions in the next few years and representing Connecticut in Philadelphia at the all-important Constitutional Convention is one among them all. Moving further, he also signed the Constitution of the United States and even helped it in getting it ratified from Connecticut through the newspaper articles. He got these articles published by the name of “A Countryman” and also supporting for its adoption.

Later in his life, Roger Sherman was also elected into the House of Representatives for the year 1789 to 1791 and also became the United States Senator when one of his colleagues from Connecticut died and held the same till his death in 1793.

Roger died of typhoid on 23rd of July in the year 1793 in New Haven, Connecticut when he was 72 years old.