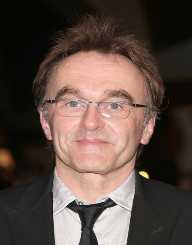 Danny Boyle was born on October 20th, in 1956. He is a celebrated English director. Aside from this, he has also received a number of credits for his producing and screenwriting skills. As a director, he is best known for films such as Trainspotting, Slumdog Millionaire, Steve Jobs and Shallow Grave.

Danny Boyle was born on October 20th, in 1956. His birthplace was in Radcliffe, England. Boyle was born into a religious family. This greatly influenced his early childhood as he was an altar boy for about eight years.

Danny Boyle enrolled with Thornleigh Salesian College situated in Bolton. Later, he went to Bangor University where he majored in English and Drama. During his college years, Boyle dated the English actress named Frances Barber.

Danny Boyle's career began first in the theatre where he worked with the Joint Stock Theatre Company in London. Later, he went on to work with the Royal Court Theatre which is also located in London. It is at this place where Boyle honed his directing skills.

Danny Boyle moved from theatre and tried his luck first on TV before proceeding to the film industry. Some of the works that he initially worked with included Elephant, Arise And Go Now, For the Greater Good and Scout. Recently, Boyle featured in Top Gear.

In 1994, Danny Boyle directed his first film called Shallow Grave. This film went on to be hailed as the best film in 1995 thereby earning Boyle critical acclaim. The film was credited with a BAFTA Award for being the Best British Film of the year. This was followed closely with Trainspotting in 1996. Again, this film was a huge hit earning Boyle profound fame. Both his directing skills in the Shallow Grave and Trainspotting made Boyle earn credits for having to revive the British cinema during the ‘90s era.

During the late 1990s, Danny Boyle directed Twin Town and A Life Less Ordinary. He remained active in the 2000s as he directed films such as The Beach, 28 Days Later, Sunshine, Slumdog Millionaire, and Steve Jobs.

Slumdog Millionaire was directed in 2008. This went on to become one of Boyle’s notable works in his directing career. As a result of his exceptional directing skills, he managed to bag home two awards for best director. One was an Academy Award, and the other was a BAFTA Award.

Danny Boyle dated Frances Barber when he was still in college. He has three children, two daughters and one son.