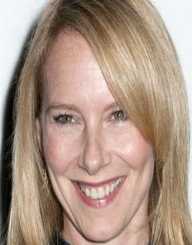 Amy Ryan was born Amy Beth Dziewiontkowski in May 3, 1969. She is an American actress. She acts both on stage and on screen. She has appeared in films such as ‘Changeling’, ‘Win Win’, and ‘Birdman’ among others. Amy has also appeared in series such as ‘The Office’ and ‘In Treatment’. She is currently forty nine years old.

In 1987, Amy Ryan made her off-Broadway debut playing the role of Hanna in the production ‘A Shayna Maidel.’ In 1988, she appeared in the revival of ‘The Rimers of Eldritch.’ Other productions she appeared in include ‘Crimes of the Heart’, ‘Saved’ and ‘As Bees in Honey Drown.’ She was a spontaneous person as she also worked in regional theatre. At the regional theatre, she originated roles in new plays for producers such as Neil Simon, Arthur Miller, and Neil LaBute.

On Broadway, Amy Ryan has appeared on productions such as ‘The Women,’ ‘The Three Sisters’ and ‘The Sisters Rosensweig’ among others. Her role as Sonya in ‘Uncle Vanya’ accorded her a nomination for the Tony Award for Best Performance by a Featured Actress in a Play. In 2005, she was nominated for the same award for her role as Stella in ‘A Streetcar Named Desire’. In 2016, she was highly acclaimed for her role in the play ‘Love, Love, Love’. Her role in the play won her the Obie Award for Distinguished Performance by an Actress. She was also nominated for the Drama Desk Award for Outstanding Actress in Play for the same role.

Amy Ryan made her film debut in 1999 appearing in the film ‘Roberta.’ She has appeared in films such as ‘You Can Count on Me,’ ‘Keane,’ ‘Looking for Comedy in the Muslim World’, ‘Gone Baby Gone,’ ‘Changeling,’ ‘Green Zone,’ ‘Jack Goes Boating.’ Other films are  ‘Win Win,’ ‘Birdman,’ ‘Bridge of Spies,’ ‘Louder Than Bombs,’ ‘Abundant Acreage Available,’ ‘The Wrap’ and ‘Variety’ among others. Recently she has appeared in the films ‘Beautiful Boy’, and ‘Strange but True.’

In 2011, Amy Ryan got married to Eric Slovin with whom she has a daughter, Georgia Gracie. Her daughter was born in 2009. She is currently forty nine years old.